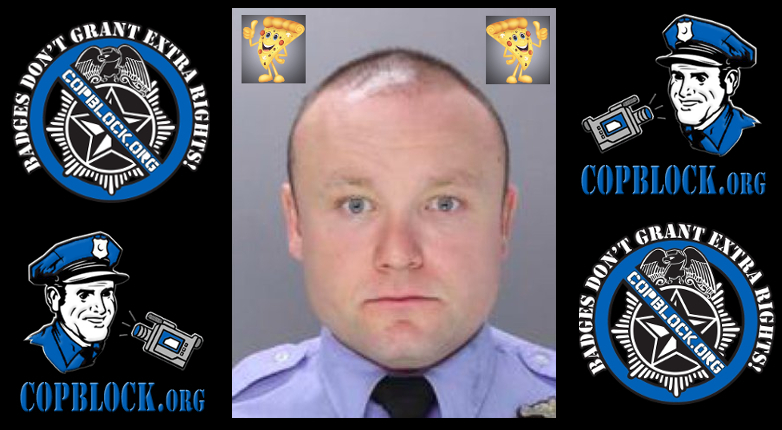 In some weird elaborate scheme to steal the pocket money of a couple guys doing side work who he had already not paid for that work, Officer Michael Winkler lured them to a street he was working at in an undercover car with promises of pizza, then made them hand over all the cash they had on them.

Now he’s been arrested by the Bristol Township Police charged with robbery, false imprisonment, and other undisclosed “related charges.”

Officer Winkler has also been suspended and is expected to be fired by the Philadelphia Police.

A Philadelphia Police officer has been arrested after, law enforcement officials said, he stole $38 from a man he hired to work for him.

On Friday, June 24, Bristol Township Police arrested Philadelphia Police Officer Michael Winkler, 36, of the 15th police district – a 16-year veteran of the force – and charged him with two counts robbery, two counts of theft by unlawful taking, two counts of false imprisonment and related offenses following investigation into an incident that occurred on May 5 in Bristol Township.

According to police, at that time, Winkler was on duty, working along the 700 block of Newportville Road in an unmarked city vehicle.

Law enforcement officials said that, at that time, Winkler engaged in a business dispute with males inside of a parked vehicle.

The men told police that Winkler hired them to do work at one of his properties and lured them to the 700 block of Newportville Road with promises of additional money and pizzas.

Instead, police said that Winkler demanded that one of the males give him all of the money in his pockets.

According to police, Winkler stole $38 from one of the men.

Philadelphia Police Commissioner Richard Ross has suspended Winkler for thirty days with the intent to dismiss.

It hasn’t been disclosed yet if there were any specific promises made in relation to what toppings would be on this pizza that was used to entice the victims. I will update if such information becomes available.