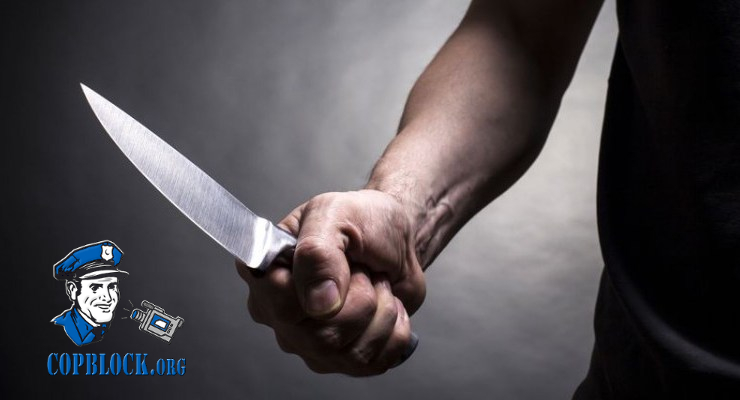 The following is a submission we received from Jason Rorex, a resident of Eugene, Oregon. As someone who carries, Jason is concerned with ever tightening gun restrictions Jason sent us his personal story of how he was able to defend against an attacker, while walking in the Rose Garden, as an example of the positive benefits of carrying a firearm. Jason has also made another point about how a regular guy who was prepared to keep himself and others safe, is often a better option than a trigger happy state thug.

Gun control advocates are quick to cite the statistics from mass shootings or other acts of gun violence, but rarely if ever do you hear a gun control advocate talking about the violence committed with guns owned by the government, both in the US and internationally. The reason for this is obvious, one needs a gun take a gun and if the state actors are unarmed it would be impossible to make domestic disarmament a reality. And facing the fact that gun control is only possible if carried out by men with guns does not fit comfortably into their agenda.

Jason was attacked in a park, by a knife wielding individual, while on a date with his girlfriend. Thankfully, Jason was legally armed with a pistol and ended the conflict by brandishing his weapon and pointing it at the attacker, defusing the situation without anyone getting hurt. However, if Jason had not been prepared to take responsibility for the safety of himself and his female companion, they may have been robbed or worse, suffered physical injury or death.

Hello, my name is Jason. I live in Eugene, Oregon. On Sunday my girlfriend and I were walking in a busy park, midday, when a person asked us for money. I said we do not give money out. He then pulled a knife on us and began to rush us from about seven feet away. I luckily had a firearm with me and was fortunate enough to resolve the situation without a shot being fired. I did have to draw my firearm and aim it at the armed attacker. He immediately stopped his attack, and was arrested minutes later. I feel this story speaks to the safety and reliability a firearm offers for self-defense. Our local ABC station ran the story and actually represented what happened accurately. The support has been amazing and even people who are anti-gun are applauding the outcome. I thought you guys might like to mention it. This seems like a relevant story in the midst of the anti-gun propaganda being pushed relentlessly by main stream media. Thank you, and keep up the good work.

Even though Jason was in a delicate and strenuous situation he was able to control it without actually using his weapon. Unlike many American police officers, Jason did not feel a need to kill the man regardless of the fact that, according to close quarters combat experts, the man with the knife had a distance advantage on him. Afterwards he detained the man and waited for the police to arrest him – a task not necessarily dependent on a police officer.

If an untrained civilian (I am assuming that Jason was not trained in a formal institution such as the military or law enforcement, based on the fact that it wasn’t mentioned. This does not mean Jason hasn’t taken steps to become proficient with his firearms.) is capable of diffusing delicate situations with armed individuals. Why then are the police so quick to start shooting?

Is it possible that the blanket of protection extended to officers who fear for their lives, is so thick that it causes officers to act irresponsibly and overly aggressive when going about their daily business? And by turning a blind eye to the daily violence perpetuated by an institution aimed at violating our self-ownership, we are allowing it to maintain a stranglehold on its monopoly of force?

I don’t know if I am the person to answer that question for you, but it is something to think about.