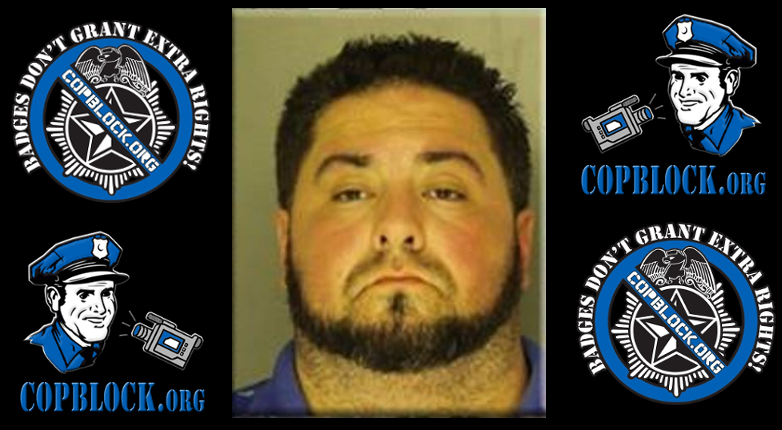 Information and links used for the following post were shared with the CopBlock Network anonymously, via the CopBlock.org Submissions Page.

Matthew Joseph Mullen, a probation officer for Allegheny County, PA, which encompasses the Pittsburgh area, has been accused of using his position to coerce women that had been placed under his supervision to send him nude photographs of themselves and also of forcing them to perform sex acts on him.

So far, three women have come forward with allegations of sexual harassment during the time that they were on probation. He’s also been accused of attempting to get some of the women to purchase drugs for him.

The victims are only referenced as Jane Doe #1, #2 and #3 in the criminal complaint.

Jane Doe #1 told police she met Mullen in December 2014 at an ARD hearing at the Allegheny County Courthouse. She said he contacted her from his personal cellphone and instructed her to contact him at that number. She alleged that Mullen sent her a text message saying that if she sent him a photo of her breasts she “would not have to worry about anything.”

She complied and sent a photo of her “bare breasts” according to the criminal complaint.

Investigator (sic) said Mullen then sent a text-messaged photo of his penis to the victim.

Jane Doe #1 also told investigators that Mullen asked if he could buy Percocet pain pills from her but never followed through.

Jane Doe #2 stated that Mullen also gave her his personal cellphone and that he began to text message her from that number a few days after meeting her. The two met at the courthouse when she was there for a scheduled ARD hearing in April 2015.

She told investigators Mullen offered to buy her different gifts, including shoes, via text message. She said she responded to the text messages because she did not want to get into trouble with her probation officer and was scared that she would be sent to jail if she did not respond.

She also told investigators that Mullen asked her to be his friend on the social media app Instagram. She said she told Mullen it was inappropriate to be texting her because he is married and that he asked her why it mattered that he is married.

Jane Doe #2 alleged that Mullen arranged a meeting with her at the Walgreen’s parking lot in Wilkinsburg and told her she could skip DUI classes if she paid him $250.

Jane Doe #3 stated that she was assigned a female probation officer at her first ARD hearing but that one hour after leaving she received a text message from Mullen informing her that he was not going to be her probation officer.

She said that she and Mullen exchanged text messages back and forth from that point on and that the conversation eventually became sexual in nature.

She told investigators that Mullen came to her residence and she performed oral sex on him. She stated that Mullen informed her that it would “get you in trouble if she told anyone.”

Jane Doe #3 said while she was under Mullen’s supervision she performed oral sex on him approximately four to five times. She said Mullen took her to a bar once and bought her drinks and then took her to Blush Nightclub downtown, where they watched nude dancers. She said after leaving Blush Mullen went to her house and she performed oral sex on him.

She told investigators the only reason she performed oral sex on Mullen was because she was “afraid to go to jail” and that she “only did it out of fear.”

She said that one time Mullen gave her $75 for her to get her hair done.

Jane Doe #3 also said Mullen contacted her in April or May and said Sheriff’s Office investigators were contacting people who he supervised and asking them questions about his conduct with them.

She said he warned her and threatened her to not say anything to investigators.