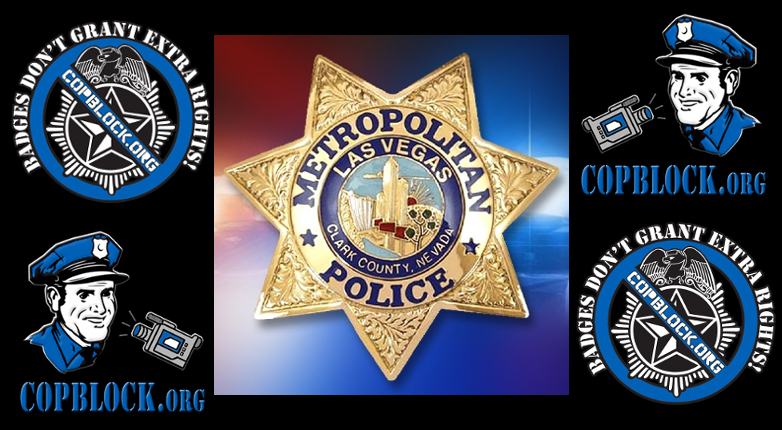 Lieutenant Yesenia Yatomi, who the LVMPD just promoted and placed in charge of their Internal Affairs Bureau, has had a formal request filed to charge her with perjury.

The charge dates back to a 2013 case where she had local attorney Stephen Stubbs arrested because he refused to leave the side of his client while he was being questioned by the police. (See video below.) Earlier this year, the judge in that case found Stubbs not guilty and told him that he was not even going to make him put on a defense for the charge, because it was so obviously false. (See the “related stories” section below for coverage of this and other cases involving Stephen Stubbs on CopBlock.org.)

The perjury charges arose from the discovery phase of a subsequent lawsuit regarding that false arrest. It was revealed that Yatomi, who was a sergeant with the LVMPD Gang Unit then, had actually written up two versions of the arrest.

The version she wrote for her police report was based on an audio recording she had made at the scene. A second version, which she wrote for the DA to justify filing charges against Stubbs, was completely different than that first report. Only that Declaration of Arrest, which is a sworn statement, was ever provided to the District Attorney.

In addition, on June 27th that judge who had declared the charges weren’t even worthy of a response, Judge Goodman, announced that he would be recusing himself from the case. The reason given was that he didn’t feel he could be fair toward her in a trial because he had already decided based on the false charges that she is a liar.

Below is the description of Judge Goodman’s recusal via “Before It’s News” on Reddit:

A judge was so upset at a person (that happens to be a LVMPD Lieutenant), who testified in his courtroom at trial, that he recused himself from a motion to hold that person in contempt for perjury. The contempt was evidently so great, and so infuriating, that the judge did not think he could be fair to the LVMPD Lieutenant that committed perjury. Isn’t that something?

This case is about LVMPD Lieutenant Yesenia Yatomi. She was a Sargeant (sic) in 2013 when she wrongfully arrested a man for “Obstruction”. After the arrest, she used her audio recording and spent 3 hours, carefully writing a police report that included exact quotes of what happened. Yatomi then set that report aside and wrote a fictional Declaration of Arrest (under penalty of perjury) that told an entirely different story than the police report that she spent 3 hours meticulously creating. Essentially, she kept double books, and sent the false book to the DA.

The District Attorney, who only had the false Declaration of Arrest, not sure of whether to file charges against the arrested individual, then sent a memo to Yatomi, asking for all reports and records for the arrest. Yatomi kept the police report to herself and did not disclose it to the District Attorney.

Since the District Attorney didn’t have Yatomi’s report, charges were filed and the case went to trial. At trial, Yatomi testified to the same facts in her false Declaration of Arrest (contrary to her police report that no one except her had a copy of), however, 2 different officers’ testimony and a cell phone video contradicted Yatomi’s false testimony and the defendant was found NOT GUILTY.

Later, because of Discovery in the civil case that followed, Yatomi’s secret police report, which she withheld twice from the District Attorney, was disclosed to the defendant. The defendant then filed a Motion with the criminal trial court, disclosed the secret report, and asked the court for a contempt hearing where Lieutenant Yatomi would be summoned to explain herself.

Today, the judge in the criminal case recused himself and transferred the case to a different department. This judge explained that he formed such a negative opinion of Lieutenant Yatomi in the trial, that he could not be fair to her in a contempt hearing. So, now we go to a different court to see if Lieutenant Yatomi will be held accountable for her perjury and keeping records from the District Attorney. Or maybe, police can lie with impunity in Las Vegas. We will find out.

BTW, in case you somehow don’t know what the Internal Affairs Bureau does at the LVMPD, that’s the people who investigate complaints and improper activity by police officers. It should tell you a lot about the LVMPD that they promoted someone who illegally arrested a person in direct violation the Fifth Amendment, then lied about it, and then put her in charge of investigating misconduct by other cops

It should tell you even more about Metro that of the 1700+ officers they have on their giant payroll, that’s the best option they could come up with to run Internal Affairs.