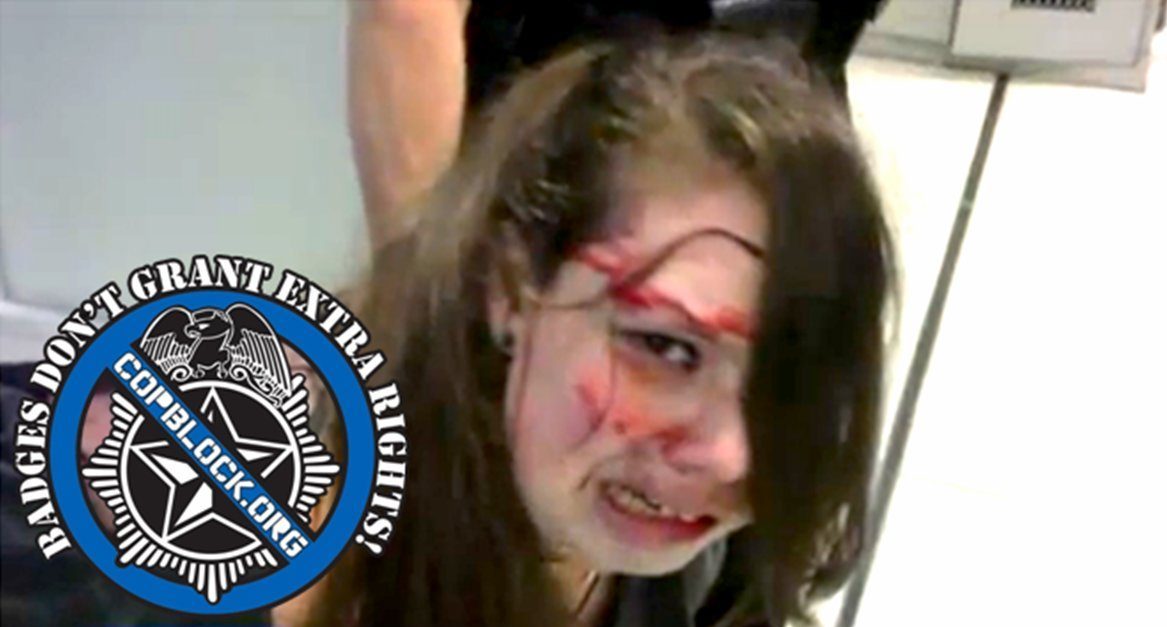 A blind and disabled Tennessee woman was beaten during an airport security screening at the Memphis International Airport, a new lawsuit says.

Nineteen-year-old Hannah Cohen had been receiving treatment for a brain tumor at St. Jude Hospital and was headed home to Chattanooga on June 30, 2015 when she set off the metal detector before boarding her plane.

Hannah’s mother, Shirley Cohen, said her daughter was led away for additional screening but “didn’t understand what they were about to do” because she is partially deaf, blind in one eye, paralyzed, and easily confused.

“She’s trying to get away from them, but in the next instant, one of them had her down on the ground and hit her head on the floor,” Shirley Cohen said. “There was blood everywhere.”

Hannah was then arrested and booked into jail, but the charges against her were eventually thrown out by prosecutors. She was bloodied and bruised in the incident and filed a lawsuit against the Memphis police, airport police, and the TSA asking for $100,000 in damages.

Spokespeople for Memphis and airport police have not commented on the suit, but a spokesperson for the TSA attempted to absolve cops and agents of responsibility in the incident by saying that passengers should contact agents ahead of time and tell them if they have special needs.

“Passengers can call ahead of time to learn more about the screening process for their particular needs or medical situation,” TSA spokesperson Sari Koshetz said.

The TSA is probably one of the most inept and ridiculous government agencies on the face of the planet – and has been disgraced time and time again by its almost-total failure in covert security audits.

Adding further insult to injury, an inspector general report revealed in June of last year that 73 of the TSA’s workers were on the Department of Homeland Security’s “Consolidated Terrorist Watchlist.”

In addition to employing suspected terrorists, the agency also excels at hiring pedophiles and violent criminals, and takes pride in the plethora of sexual assault complaints levied against agents. This is the agency that is supposed to keep America’s planes safe? What a joke!