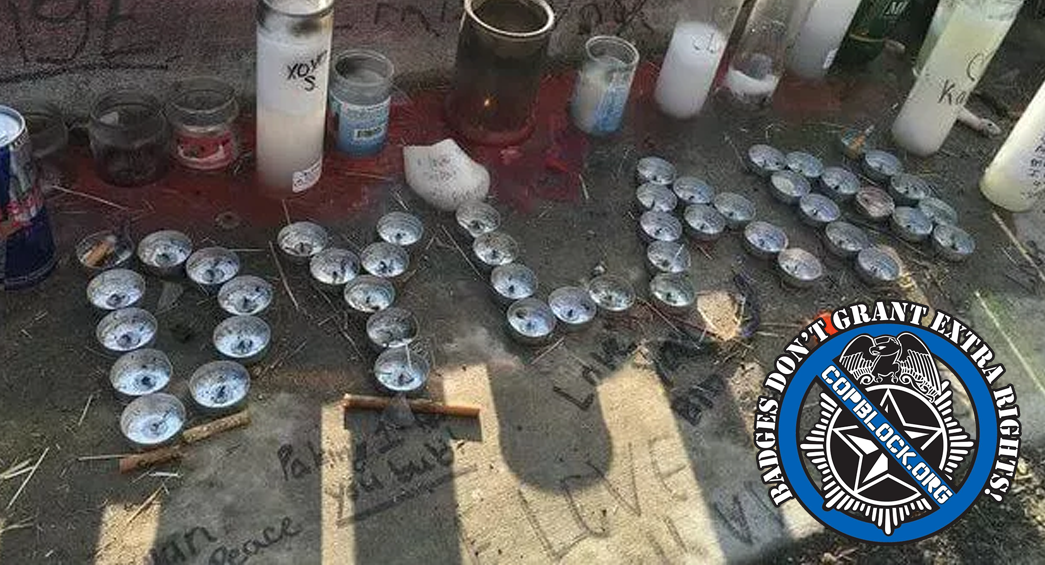 Fresno Police Chief Jerry Dyer has stated that he will release the body camera footage, captured by devices worn by the officers who killed Dylan Noble. However, he will not do so until the investigation is concluded and that could take 30-90 days at the minimum. The reason for the videos release, is a number of emails and phone calls directed to his office, as well as an online petition that garnered over ten thousand signatures in just a few short days. All which demanded the release of the body camera footage that captured the incident.

Dyer’s reasoning for withholding the body camera footage is that he wants to maintain a pure investigation and not taint any potential witness information. What Dyer really means is he wants plenty of time to frame Dylan in a negative light and concoct a story to defend his officers and justify their actions. While Dyer may want to conduct an investigation, it’s not going to be conducted against the officers who pulled the trigger and ended Dylan’s life, but is in fact aimed at Dylan, his character and his family.

Hours after Dylan was killed, FPD officers were making the rounds to his friends and family asking questions and digging into his personal life. Their behavior led to a request being put out that anyone approached decline to talk to the police.

It may seem reasonable at first glance to protect the only objective record of what happened but when compared to how the police treat criminal investigations that do not involve their officers, the actions are much different. On a daily basis the FPD’s Facebook page is filled with people’s photos, surveillance images, personal information and evidence pertaining to open investigations. Often times videos are made immediately available to the news when it highlights an officers actions or may lead to a perpetrator being identified. All of these actions could in part taint testimony, witness information and even lead to false arrests, convictions and imprisonment. However they are beneficial to the police department, not only in helping them close their case but also in prejudicing the suspect in eyes of the public.

Family and friends are questioning the narrative, unable to believe that someone they remember being filled with so much happiness would have endangered anyone’s life on purpose.

“They are accusing things of doing,” Noble’s friend Emily Orndoff said. “Things that I just can’t ever imagine him doing, accusing him of doing things that endanger other people.”

“I thought there’s no way he did anything that would endanger somebody else,” she said. “Not like he had a weapon or he was provoking someone or causing problems. I just knew there was no way it was anything like that.”

Others just want to see the video to know what happened and get closure.

“Just to see why,” Noble’s friend Austin Miller explained. “What was the legit reason.”

Regardless of the fact that Dyer still believes that the body cam footage will prove his officers acted appropriately. Police are not obligated under California law to release body camera footage but regardless of obligation it is appropriate for departments to release body camera footage of their officers actions in order to build trust within the community and maintain public transparency.

“I think it’s high-quality video and it does provide the viewer the state-of-mind of why they did what they did,” Dyer said.

I’m not sure we can trust the Chief’s judgement on what good police work is. After all he thought the two officers who shot Freddy Centeno acted in accordance as well and his assistant chief, Keith Foster, who was dealing heroin and other drugs and using FPD officers to do it. Dyer claims to be making sense of the situation but there is nothing left to make sense of, he was blessed with an objective record of his officers actions and if the video wasn’t damning, it would’ve been on the 6 o’clock news hailing the officers as valorous individuals standing tall in the face of danger.

Instead a glaring double standard is enforced and two killers, employed by the city, are on a paid vacation while a family wonders why their teenage son was slain for driving too fast in his truck.