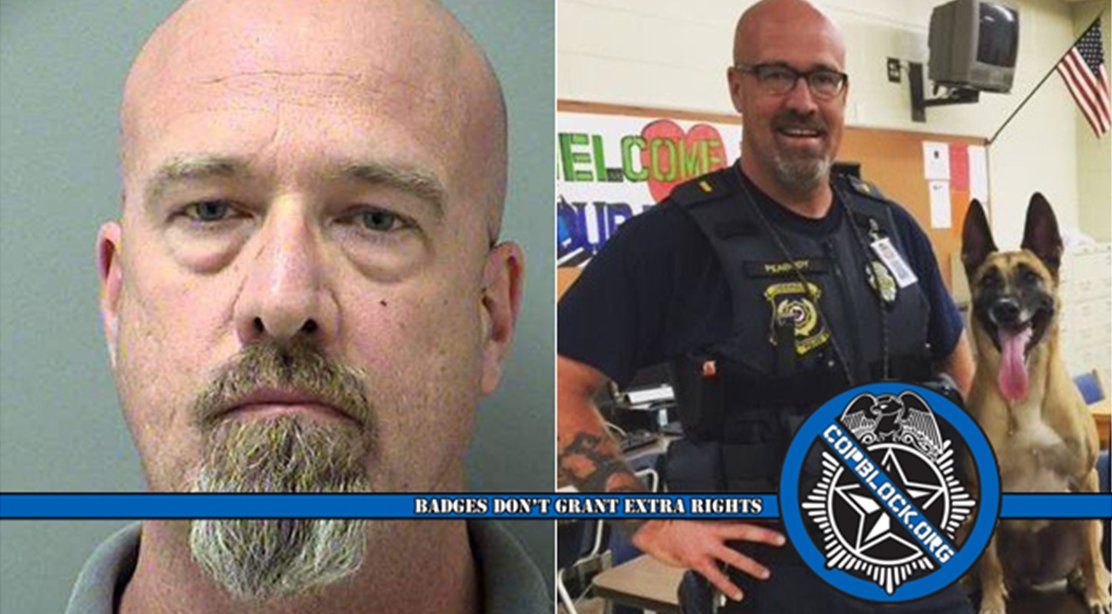 After being accused of killing two K-9 partners, a former Cherokee County, Georgia schools police lieutenant is now being investigated for killing a third dog.

On June 10, Daniel Peabody, 50, left his K-9 partner Inca – a four-year-old Belgian Malinois – in his patrol car for nearly three hours in 90-plus degree weather where it roasted to death. Following the incident, Peabody resigned and an investigation into the dog’s death was launched that uncovered other suspicious circumstances involving another former K-9 partner.

Peabody had told investigators that the yellow lab named Dale, which he adopted after working with the animal for five years, died in a freak accident following it’s retirement.

“Peabody initially claimed Dale’s death was accidental due to Dale choking on a toy,” the Cherokee County Marshal’s Office said. “However, the investigation yielded evidence that Dale was in fact shot and killed by Peabody at his Paulding County home.”

Investigators executed a search warrant on Peabody’s former home in Paulding County on June 20 and unearthed the remains of a dog they thought to be Dale. On Tuesday however, it was revealed that wasn’t the case.

According to the Atlanta Journal Constitution, a forensic veterinarian has now determined that the dog remains belong to a second Belgian Malinois, which had been shot. The animal was possibly Inca’s grandmothers.

“He had told us that he shot this dog as well,” Chief Marshall Ron Hunton said. “He said the dog was an old dog, and had some severe health issues, so he shot and killed the dog.”

Peabody was released from jail on $22,400 bond, and is scheduled to appear in court later this month. His attorney has declined to comment on the cases and the body of his K-9 partner Dale is still unaccounted for.

There has traditionally existed a glaring double standard between how officers and the public are treated in reference to harming or killing a police K-9. For all intents and purposes, police dogs are considered flesh and blood cops.

When harmed or killed by anyone not adorned in a shiny badge, the charges usually handed down are “assault” or “murder” on/of a “police officer.” Cops who harm or kill K-9s rarely face such charges. In Georgia, intentionally killing a police dog is a felony punishable by up to five years in prison.