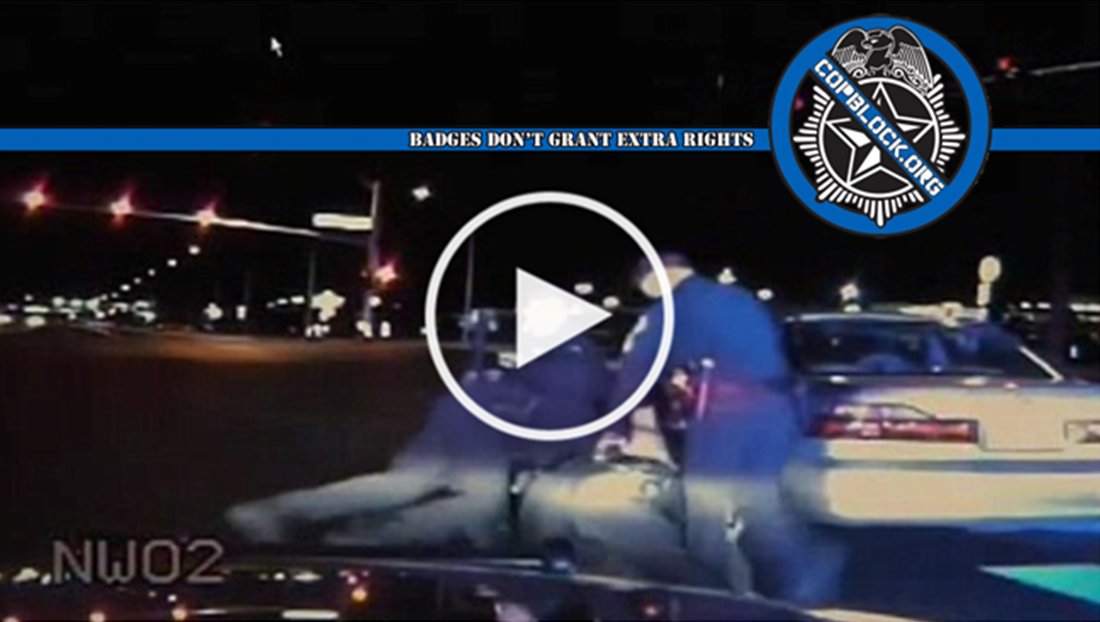 Despite being filmed repeatedly kicking a man in the head during a traffic stop, a Henderson, Nevada police officer has been promoted.

Sergeant Brett Seekatz is seen in the footage with Nevada Highway Patrol troopers and Henderson police officers mistaking a man suffering from a diabetic episode for a drunk driver during a traffic stop on Oct. 29, 2010.

The video shows an officer pointing his firearm at Adam Greene through his open car door before the man is pulled out of the vehicle and onto the ground while the car remains in gear and begins slowly rolling away.

As an officer brings the vehicle to a stop, Greene is restrained by several cops and Seekatz is seen entering the frame and kicking him five times in the head while one of the officers says, “Stop resisting mother fucker! Stop resisting!”

Greene moans unnervingly during the struggle and his legs contort while another officer is seen kneeing him four times in the midsection. He is then handcuffed and placed into a police vehicle.

Following the incident, Henderson police chief Jutta Chambers announced her retirement and Clark County District Attorney Steve Wolfson did not bring any criminal charges against Seekatz for his unnecessary use of force.

Seekatz, who has worked for the Henderson Police Department since August 2002, was among 14 employees who received promotions last Thursday. He is now a lieutenant.

Current police chief Patrick Moers said the promotions became official on Monday, and are internal, meaning they do not need to be approved by the Henderson City Council with a vote.

“Whatever happened with him, happened six years ago,” Moers said. “I wasn’t chief at the time. Nothing was brought forward on any matters. No criminal charges were filed.”

Moers said the matter had already been taken care of by the previous administration and claimed Seekatz had “been a good employee and was doing quite well as a sergeant.” He added, “we need to understand that people can grow and develop as employees throughout their career.”