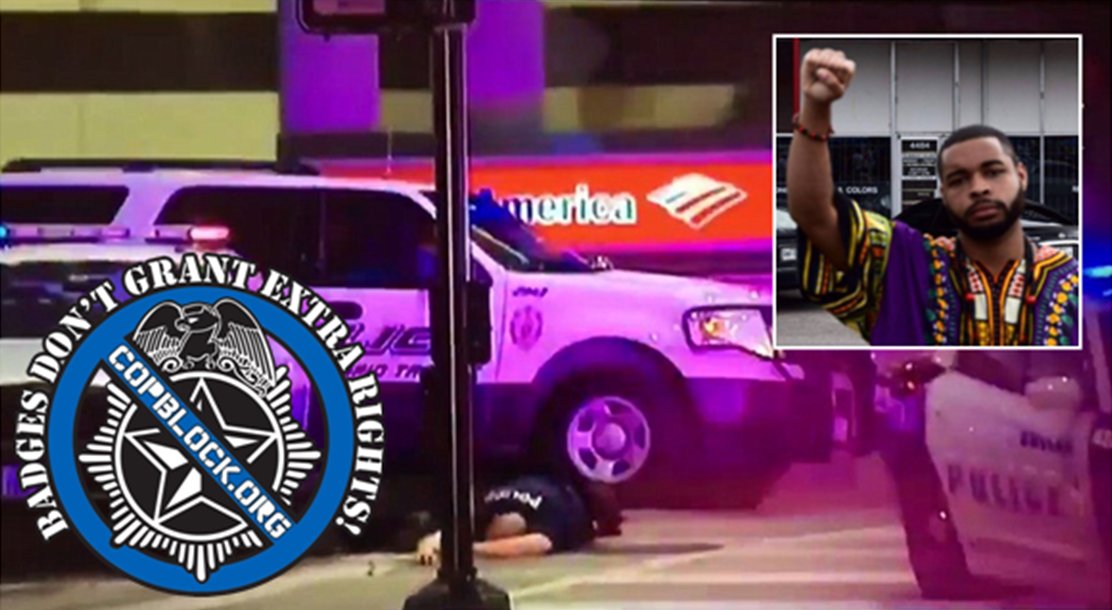 As the smoke settles following the Dallas police shooting that left five officers dead and seven others wounded on Thursday, we should reflect on many things.

First, the facts and evidence. When a rabid media notorious for political bias whips up racial division during an election year in order to embolden the grievance industry and secure victory for their candidate of choice, let us not be surprised when events such as this happen.

After all, according to Dallas Police Chief David Brown, one of the suspects in the shooting said he wanted to “kill white people,” especially white police officers. Additionally, a Black Power group is now taking credit for the assassinations on Facebook stating in a post, “More will be assassinated in the coming days! Do you like the work of our assassins? Get your own sniper rifle and join our thousands of sniper assassins worldwide in the fight against oppression!”

The shooting took place during protests following the fatal police shootings of Alton Sterling and Philando Castile. After videos of the killings went viral online, outraged citizens took to the streets all over the country to speak out against what they see as racial disparities in the criminal justice system.

I’m not going to get into the particulars of each case and analyze whether the actions of the cops could be perceived as defensible. In my opinion, legitimate claims can be made on either side of the debate. What’s of greater interest to me, is the empirical data surrounding claims of racial bias by police.

Obviously, I have qualms with cops being a blogger for CopBlock.org, but “racism” isn’t one of the them. Anyone that takes two seconds to look at the data about why blacks have disproportionate outcomes with police, will be forced to concede the truth: Racism within the justice system is inconsequential.

According to data compiled by the New Century Foundation:

In short, blacks have more interactions with police because they commit vastly disproportionate amounts of crimes. It’s really just that simple. People try to explain this away by saying crime stats are void because if police are racist they will be targeting blacks anyway, but you can look at the annual Dept. of Justice Crime Victimization Surveys – which include stats of victims reporting the race of their attackers – and the truth becomes clear.

The results of the surveys correlate almost perfectly with incarcerations percentages by race for violent offenses. When 13 percent of the population commits around 40 percent of the violent crime, yes they are going to have many more interactions with police. More interactions means more chances for trouble, especially considering blacks are much more likely to be charged with resisting arrest. Also of note, some studies have found that in major cities like Philadelphia, black officers are almost twice as likely to shoot at black unarmed suspects than white officers.

Having more interactions with police can also serve to explain why blacks appear to be targeted more for nonviolent drug offenses and traffic violations than whites. In the case of drug offenses, being arrested for committing more violent crimes means blacks are more likely to be caught with drugs as a byproduct. In the case of traffic enforcement, when probing alleged racial bias, studies consistently find that there are other factors involved – primarily, the fact that blacks commit more traffic violations, like speeding.

Another thing that is often brought up within the context of this conversation is the claim of disproportionate sentencing with people saying blacks are sentenced more harshly for the same crimes than whites. This can easily be explained by one thing however: past criminal history. If you have committed more crimes in your past, you will receive a longer sentence. In fact, when comparing cases between blacks and whites involving the same crime and circumstances, when criminal history is roughly the same, a very different picture emerges.

Obviously racism and racist cops exist but as to how much can be explained by such in terms of the criminal justice system is marginal at best. One cannot simply add up all the numbers of tickets and prosecutions across racial lines and scream “raayyyyccccciiiisssssuumm” because there is a disparity. I mean, what an anti-intellectual position. No, there are foundational reasons why blacks have disproportionate outcomes when it comes to police, the criminal justice system, and society at large.

I will not really get into those here, because frankly, most are too emotional and childish to entertain such ideas – but if you are interested, just read a behavioral genetics or evolutionary biology textbook. To make one comment however, an excellent predictor of social outcomes related to things like income and crime, is IQ. Consequently, when controlling for IQ and past violent history, studies show that all racial disparities in arrest rates disappear.

There are also things to consider like single-motherhood, which correlates highly with criminality. As early as the 40s and 50s, blacks had stronger families than whites but now have illegitimacy rates of nearly 75 percent. In some age demographics (teens and young adults), blacks also used to have lower unemployment rates than whites. They are now exceptionally higher. So, are we to expect that people have gotten more racist since WW2? No, obviously that’s absurd. The destruction of the black family which led to a dramatic increase in black crime and the drastic increase in black unemployment has one primary culprit: the welfare state.

Denying the reality of the data I have provided here is not a good thing. Lies will always breakdown in light of the truth. I am against the state and the enforcers of their edicts known as police, but building a movement around lies and misinformation has bad societal outcomes. This is why I cannot get on board with blatantly cultural Marxist movements like Black Lives Matter, who refuse to acknowledge basic group differences and choose instead to blame every negative outcome for blacks on “white racism.”

I have discussed the implications of cultural Marxism before HERE and HERE, but in short, the constant echoes of “white privilege” and “racism” being promoted within the context of Black Lives Matter and the rest of the Social Justice Warrior movement is simply the promotion of more and more statism on the basis of replacing traditional class enemies like “capital owners, the bourgeois” etc. with “white heterosexual cis-gendered males.” Why? Because they are the same people.

Political correctness is a communist tactic and always has been. We have witnessed over the last half century the creation of a new proletariat using so-called “victim groups” to take on the perceived enemy of “capitalism” in the west. If that’s your bag, whatever, support what you want – but many people in the police accountability movement (especially so-called “libertarians”) have no idea what they are supporting when it comes to things like this.

This is an important conversation to have in the wake of the Dallas police shooting where snipers shot 12 Dallas and DART officers from elevated positions at around 8:45pm on Thursday. As the Black Power group, Black Power Political Organization (BPPO), takes credit for the assassinations, one of the four alleged shooters has been identified as Army veteran Micah Xavier Johnson, of Mesquite (pictured above).

Xavier, 25, was cornered in a parking garage at El Centro College in the downtown area immediately following the shooting. According to Dallas Mayor Mike Rawlings, officers negotiated with him for several hours before gunfire was exchanged and police sent in a remote vehicle that detonated a bomb, killing him. Officials have refused to identify the other three suspects they currently have in custody.

Meanwhile on Twitter, Black Lives Matter supporters are calling Xavier a hero and blaming his actions on “oppression.” What Social Justice Warriors and their useful idiots fail to understand however, is that racial tensions and the chaos that results from such emboldens the regime. If the Dallas shooting is what I fear, the militant left has now went hot with what has, up to this point, been a soft cultural revolution.

The only interest a race war serves is the government’s. If similar cop killings persist in the coming weeks, we will see the domestic police state apparatus really come into its own. Especially if there is a crescendo of violence at the Republican National Convention in opposition to Trump. If Helter Skelter is coalescing, expect greater federal control of law enforcement, refrains for expedited gun control measures, and possibly – if things get bad enough – the deceleration of martial law.

Look, I’m not saying these things are going to happen. I’m saying its a danger and has occurred before in other places. A tried and true method for gaining greater control over a society is ginning up ethnic, racial, or class conflict. Subversive elements within the United States government know this. Unless you have been living under a rock for the last couple of years, you should know this is precisely what the elite have been promoting and financing with groups like Black Lives Matter.

What is currently occurring does not have good implications for liberty. Any right thinking person must shed the emotional manipulations of those that wish to preside over our cultural and societal destruction with cries of “racism” used to silence us and bring facts and evidence into the fold. This is what I have attempted to do with this article. While I am sure many CopBlock.org readers and contributors will scorn me for doing so, I must stand up for the truth. I suggest you do the same.

Update: New Black Panther Party urges Bloods and Crips to unite to kill “everything in blue except the mailman.”