Howdy folks. How are all of you doing out there wherever you may be? Yours truly is here and it is time for some more Cop Blocking. Since being back in the country I have been Cop Blocking more than ever. As Josh Hotchkin mentioned in the previous piece that I submitted, I cancelled a trip to Asia to search for Yetti’s so that I can focus most of my attention on filming and writing for Cop Block.

Ok lets get to the story. Yesterday my sister, who is a singer, invited me to come along with here to a show that she was doing in Paso Robles, a city located in the northern part of San Luis Obispo County in California. She saw my coming along as an opportunity to be able to have some drinks and have a sober driver to make sure that she gets home safely. I saw this as an opportunity to do some Cop Blocking in a city that I have never done this in before. I was about to find out how the police in Paso Robles respond to a Cop Blocker such as myself.

The Paso Robles Police Department is housed inside of the new and improved Public Safety building which also houses the city’s fire department and who knows what else. My purpose of filming here was to get obtain some stock footage that I could possibly use in future videos. So as I am walking around the building I see three police officers heading in my direction. I just had the feeling that I was going to be detained and I ended up being right about this.

Then the officer asks me if I always wear what he referred to as “military style fatigues”. It became apparent to me that this officer was profiling me based on the way that I looked. I mean I realize that I don’t shop at places like the Armani Exchange, but I don’t think that gives this officer the right to profile me because I get my clothes from the army surplus store. I have experienced this before when dealing with law enforcement. When I returned from the Philippines last month I had a customs officer at San Francisco International Airport tell me that I looked “very tactical”. That was the only thing that he said to me. I guess he was more interested in the way I was dressed than whether or not I was smuggling illegal drugs or weapons into the country.

I don’t mean to drag this out, but this kind of nonsense has always annoyed the shit out of me. What right do the police have to detain and question someone based on the way that they are dressed? I know that was exactly the case with me because the officer questioning me continued to bring up my being dressed in “military style fatigues”. Ok I have a question. Is that a crime? Just like is filming a police station a crime? I think that the real crime occurred when I was illegally detained by the police as a result of their profiling me. Just because the police think that somebody looks suspicious doesn’t mean that they have the right to detain that person.

So I will end this piece by giving you all a little bit of advice. If you ever find yourself in situation, such as I was, do the following:

Now some of you reading this may be wondering why I didn’t do this. Good question. Let us save that for the next video. Thank you for taking the time to check this out and I look forward to all of your comments. Until next time may the force be with you. Happy trails. 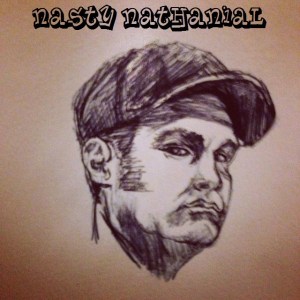