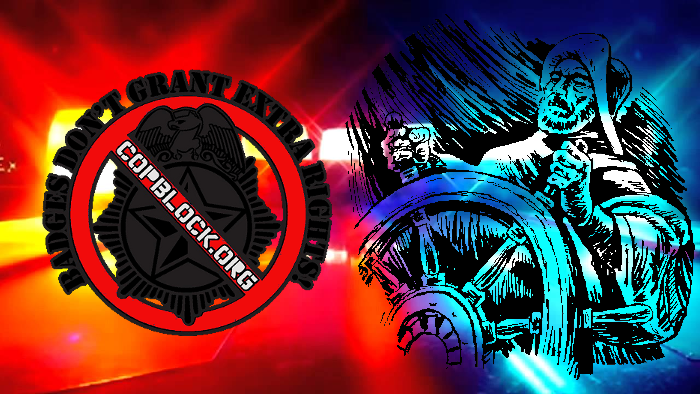 The following is a reader submission.

It’s not an issue of Criminals vs. Cops.

We need to stop looking at the issue of Police Misconduct as a comparison between supporting the officer or supporting the suspect. The criminal suspect’s are not public servants. We don’t pay their salaries. We don’t train them to act professionally. We don’t give them enormous power to remove the freedom of citizens and even use deadly force. Why, then, does the public feel compelled to bring up the character flaws and criminal record of the suspects the police have abused almost every time a police officer is caught abusing someone.

We need to look at criminals and crime as if [they] were the weather. And look at the police as if they’re small Seaboat Captains, public servants who are sent out everyday to patrol the coastline. The weather is a constant. It’s always been there and it’s simply part of the job. We train our Seaboat Captains to follow certain protocols regardless of how good or bad the weather is.

Sometimes the weather is rough and nasty and other times [it] is sunny, 75 degrees and flat calm. There are times when the weather can be so bad that our Seaboat Captians can do everything right and still get swallowed up in [the] storm and lost. They should be honored as heroes.

And there’s other times when [the] weather [is] clear and [it’s] easy sailin that our Seaboat Captains have been caught abusing their power. Many of our Seaboat Captians have learned that they can blame the weather whenever they’re caught doing something wrong and the people will forgive them.

As citizens, it’s our duty to monitor and evaluate the performance of our brave Seaboat Captains. When doing so, our focus needs to be squarely on their behavior and whether they’ve performed their duties and followed their training.) Obviously, weather conditions should be taken into consideration, because those conditions can impact the behavior and choices of our Seaboat Captians. But remember, our Seaboat Captains are trained to perform as professionals in rough weather.

Should weather conditions excuse them of acting unprofessionally and engaging in criminal activity? I think most people would answer that question with a “no”. Some apparently say, “yes”.

And that really seems to capture what happens in America any time the discussion of police misconduct comes up… too many people would rather talk about the “weather.”