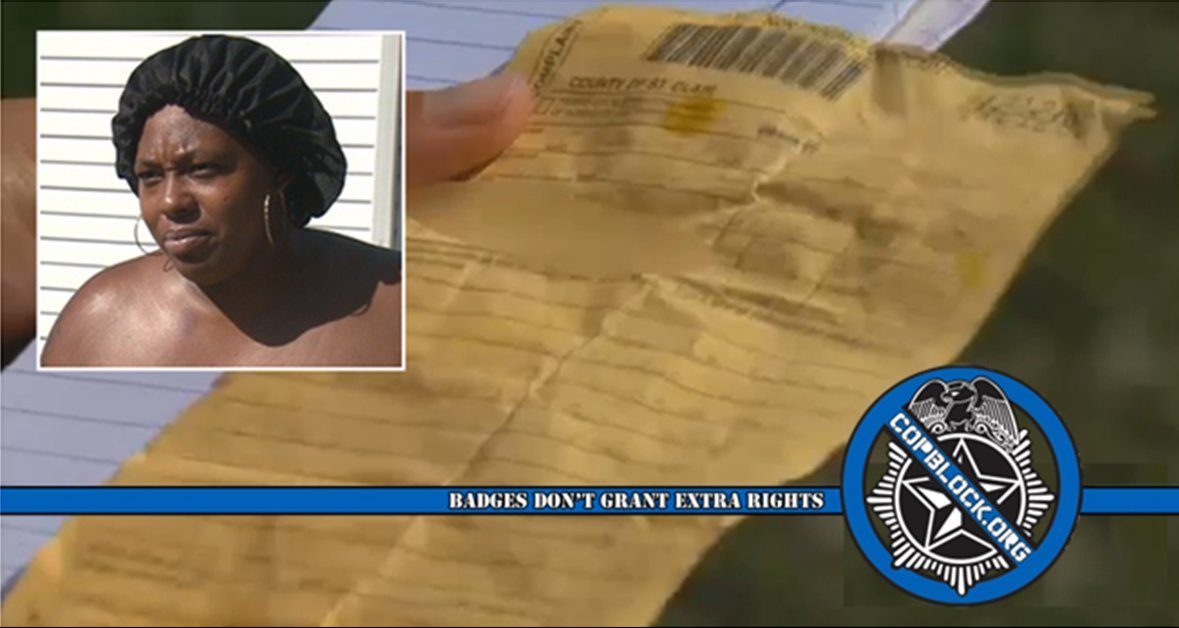 A single mom is outraged after she was arrested and taken to jail by police in the Village of Cahokia, Illinois for not cutting her grass.

Mother of five, Ebony Conner, said she was given a verbal warning by a code enforcement officer at the end of June to remove trash, tow cars from her driveway, and cut her grass.

“It’s grass,” Conner said. “I’m from the State of Wisconsin, I’ve lived in St. Louis, Missouri and I’ve never heard of being arrested for grass.”

According to Conner, she was handcuffed and placed in the back of a patrol car before being taken to the police station. She said she wasn’t even sure why she was being arrested.

Only after receiving a written complaint from the Village listing failure to cut her grass did things come clear: she had been arrested over her lawn.

Conner said she thought she would have had more time to correct the issues after receiving the warning, and maintained that if she had known she would be subject to arrest, she would have found a way to cut her grass sooner.

“I understand I violated a code but take the channels, give me a ticket first, make me appear in court,” she said. “I know there’s gotta be channels other than if you don’t cut your grass, we’re arresting you right now.”

According to police, Conner was only held for 30 minutes in jail before she was released. Still, Conner said the experience was uncalled for and detrimental to her five children.

The kids were left at home alone during the arrest with the only adult around being the code enforcement officer that stayed positioned outside the residence until Conner returned.

“I said ‘I don’t trust [the code enforcement officer],” Conner said. “I don’t know him at all.’ To just leave my kids with him. And they still hauled me off.”

Conner is scheduled to appear in court for the code violation in August.