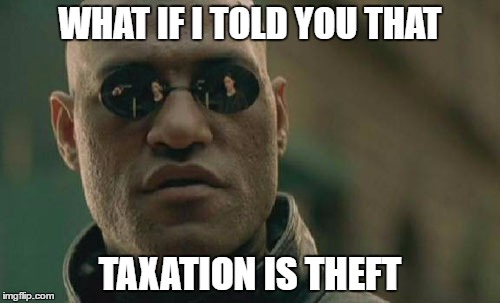 Police Officers from Whitaker and Homestead, Pennsylvania regularly meet up, while on duty, for dinner. Of course officers have to eat too but this story isn’t about slacking off on the job (and I’d rather have officers sitting around waiting for a call than preying on people). No, this story is about a couple who refused to sit next to this group of badge wearing gangsters.

It happened over the weekend at a eatery in Homestead, Pennsylvania, just outside of Pittsburgh.

A group of officers from Homestead and a neighboring department were having dinner at Eat N’ Park restaurant when a server tried to seat the couple right next to them.

The couple wasn’t having it.

“I looked over and said, ‘It’s okay sir. You won’t have to worry about it. We won’t hurt you,” Homestead police Officer Chuck Thomas said. “He looked at me hard again and said he’s not sitting here and walked away.”

I have to break up this story for a moment, excuse me. While Thomas said, ‘it’s ok sir. We won’t hurt you’ the truth is much different. Even if Thomas was implying that they wouldn’t ‘physically’ hurt him the fact that “Everything is Illegal” these days means that just being in the presence of ANY police officer is a potential threat. Unless you’re a CopSucker who believes they actually protect you and won’t blow a hole in you when the ‘fear for their life.”

So while Thomas and his colleges weren’t actively seeking to hurt him, at that time, all it would take is a quick report from dispatch seeking someone who looked ANYTHING like the man that refused to sit next to the officers. For example, Castile was pulled over for having a ‘wide nose.’ He ended up dead.

Back to the story...

Then the officers, fully cognizant of the recent heightened tensions between police and the communities they serve, had an idea. They’d counteract this rude brush off with a random act of kindness.

The officers paid the couple’s $28.50 bill, and left this note on the receipt:

“Sir, your check was paid for by the police officers you didn’t want to sit next to. Thank you for your support.”

Boom. They even took care of the tip.

“Essentially the whole goal of it was to let him know that we’re not here to hurt you,” Thomas said. “We’re here for you. We work for the public. And we just want to better the relationship between the community and the police.”

First off, bullshit. Thomas and his buddies paid the bill to be dicks, in typical pig fashion too. They have to spin the ‘we’re not here to hurt you’ and “better the relationship” line for the media now that this story is treading. Why else would the note have ended with “Thank you for your support” which was clearly not given.

Second, all police officers are paid for by money collected via taxes. This means that the police paid the bill with money that was taken, whether the individual wanted it taken or not, and given to police officers wages. I

Therefore, the only random act of kindness that took place here was a bunch of cops who take money from people without their consent giving it back to a person that most likely never wanted to give it up in the first place.

I guess the couple should be thankful, they got a refund from some police officers and that’s a start, I guess. Yet, if Thomas and his “thin blue line” buddies really wanted to be kind, they’d start offering their services directly to the customers – like the eatery they were in – before they end up losing their careers or getting one of their brothers killed.