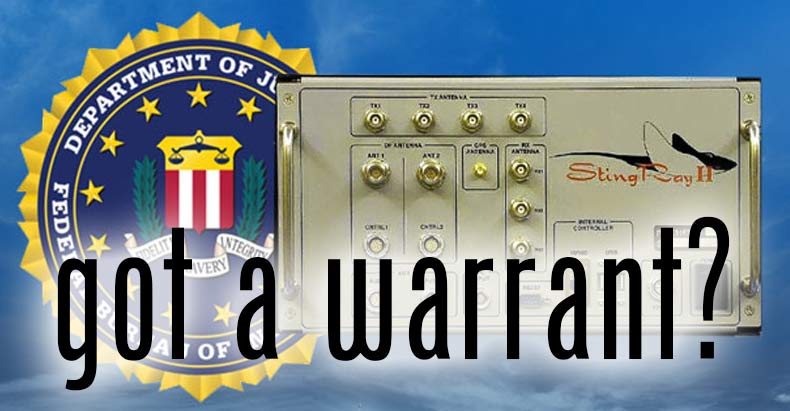 A federal judge has became the first to suppress evidence obtained without a warrant by U.S. law enforcement using a Stingray cell-site simulator.

Stingrays are portable devices that mimic a cell tower and trick nearby cell phones to connect to them. They then capture the connected devices’ data, allowing cops to track users’ locations – and can also be used to intercept calls and text messages in real time.

Once deployed, the devices intercept data from a target phone as well as information from other phones within the vicinity. They are relatively small and easily transportable.

The ACLU has identified 66 agencies in 24 states and the District of Columbia that own Stingrays, but because many agencies continue to shroud their purchase and use in secrecy, much is still unknown regarding their deployment by law enforcement nationwide.

Federal agencies documented using the devices include the FBI, NSA, DEA, IRS and the U.S. Marshals. Some of the agencies have even been caught routinely attaching Stingrays to airplanes in order to pick up information from thousands of unwitting people on the ground.

On Tuesday, U.S. District Judge William Pauley ruled that Raymond Lambis’ rights were violated when the DEA used a Stingray without a warrant to find his Washington Heights apartment, which was deemed the likely location of a cell phone pinpointed during a drug-trafficking probe.

“Absent a search warrant, the government may not turn a citizen’s cell phone into a tracking device,” Pauley wrote in his decision, adding that the doing so constitutes an unreasonable search.

In March, a Maryland appeals court became the first state appellate court in the nation to rebuke police and order evidence obtained using a stingray suppressed. Tuesday’s decision was the first such ruling on the federal level.

The Dept. of Justice changed its internal policies in September to require that government agents obtain a warrant before using a Stingray or other cell site simulators. That policy doesn’t affect how the practice is judged in court, but Lambis’ lawyer said the decision came just one week after his client was charged.

“This opinion strongly reinforces the strength of our constitutional privacy rights in the digital age,” attorney Nathan Freed Wessler said in a statement for the ACLU. The group has been at the forefront of documenting and advocating against the use of Stingrays.

It is unclear if the drug case against Lambis will now be dismissed or if federal prosecutors will appeal Pauley’s ruling. They have not commented on the decision.