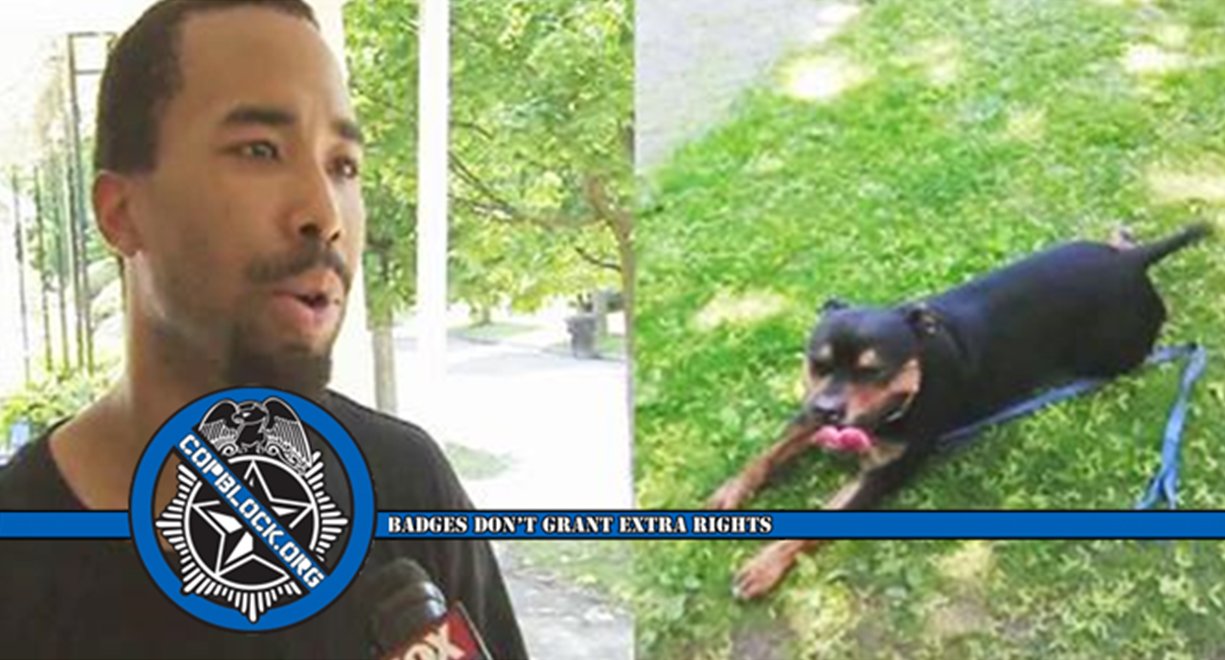 A Michigan man says his dog was shot in the head and killed for no reason when an officer with the Detroit police department shot through the door of his home.

According to Durone Sanders, he and his pregnant fiancé were inside a residence they had just moved into on Detroit’s east side on Monday. They were cleaning up the place with their dogs and heard gunfire.

The couple claims officers didn’t identify themselves and that they didn’t even know they were on the property until one of them shot the 2-year-old pit-bull mix in the head through the front door and busted in.

“I don’t understand why they just [came and shot] my dog in the head,” Sanders said. “Facemasks and big rifles… They were already half-way inside the home in the back room where we were at. We were frozen. That’s when we knew it was police…”

Police said they were conducting a raid on a known drug house. The warrant they used however, said the officers supposedly had reason to believe a suspect of an unspecified crime that matched Sanders’ description was at the residence.

According to the cops, they did in fact find drugs in the home, but consequently, no charges were filed, no tickets were issued, and no arrests were made for any illegal substances.

Sanders said no drugs were found during the “raid,” and that he was targeted unfairly for harassment. He said he did receive a ticket for living in a vacant home, which he plans on fighting in court.

“They’re asking us, ‘Who lives here?’ Asking about my tattoos,” Sanders said. “Once they came to the conclusion they just left. I want some justice for this. I want them to pay for this. I have to give my dog a proper burial.”