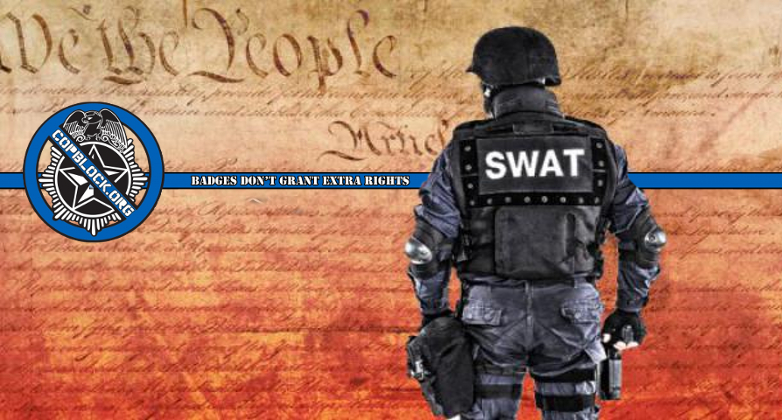 The following content was shared with the CopBlock Network by Scott Law, via the CopBlock.org Submissions Page.

In the post Scott Law details how a dispute over a cell phone he (indisputably) owned, but had loaned to someone else escalated into a situation where he was arrested for allegedly (this is disputed) using profanity in public. Even if the details concerning use of profanity are entirely true, the arrest really amounts to a “contempt of cop” charge based on Scott not properly respecting the authoritah of Officer Morris, who arrested him.

I lent a girl (Girl 1) I worked with a spare phone I had. Prior to that, I had gotten into an argument with her friend (Girl 2 ) a week before this incident. The night before Girl 2’s boyfriend threatened me. However, I laughed it off and let it go.

The next day I arrived at work at 6 pm, which was 10 minutes into my shift. They were there accusing me of stealing a phone. About an hour later, around 7ish, the cops were called. Officer 1 was completely cool, professional and respectful, He stated that since its my property it cant be stolen by me. Therefore, this is a civil matter.

As the night went on, she called her family, mom, and boyfriend up to the store. They were harassing me ALL NIGHT about a phone I didn’t even have. Eventually, they called another cop.

As I pulled into the parking lot (My wife is US Navy, so I take jobs as a delivery driver wherever she goes; it’s easy money and easy to get hired), the officer approached me. I did speak to him first, as the report does suggest, however my words of “man is this about the phone because I do not have it?” Are way different than his statement.

He told me “cut the shit we both know you have the phone and I want it.” At this point, I was exhausted and said I was done with him and I didn’t like his attitude. Furthermore, I dropped my keys and said, “I know you need a warrant to search me or my vehicle, but I give you permission to search it as long as you’re done by the time my next delivery comes up.”

He asked me if I “think” I’m in control. And I responded with, “I know most my rights have a good day,” then I walked into the store. After I was in there about three minutes, he walked in and arrested me. I immediately started asking what I was under arrest for, what did I do, and what’s the charge?

He took me to his car where I sat for 45 minutes, while he was threatening to hog tie me, beat my ass, and trying to find a charge to arrest me on. He didn’t read me my rights until I was handed off to another couple of officers to transport me.

There are a few things that bug me about this. First, my father was US Navy, my wife is in the Navy. It’s almost insulting that having been around some of the foulest mouths in history the worst this cop could say I said is “eat shit.” While it is the best part of this article I WISH I could take credit for it, but at the same time that’s such a lame comment. I would have told him to go suck a crack whore’s ass. Or go beat off his Uncle Spanky’s six legged goat with dick cheese sauce. ANYTHING more creative and more insanely funny than eat shit.

It’s sad to see the creative IQ of Officer Morris is that of a 3rd grader.

I lost my job on 103rd and Blanding at Papa Johns, because my manager has to go by what the cop says. So this bully with a badge, as my attorney calls him, is now not only in charge of being able to take you to jail for any reason like cursing in public, which is First Amendment protected speech. But his word over multiple witnesses can now determine employment also.

I would like to say, that every other person I dealt with was respectful and professional. The only other gripe I have and something I would like to see awareness raised on, is that I am diabetic. They checked my BS (blood sugar level) when I went into jail, and it was 114. I could not eat any of the food they served me, as it was ALL carbs. I asked for medicine and different food and was politely told there’s no order for it.

There was an inmate who was Vegan, and he shared some of his food with me so that I would have something to eat. I came out of the jail with my BS at around 290. This needs to be addressed. Many jail inmates are on meds that need to be taken. And often we sit for days even weeks without it. While people are going on about BLM and ALM, remember those that need meds are also important, even if their case isn’t one of police misconduct.