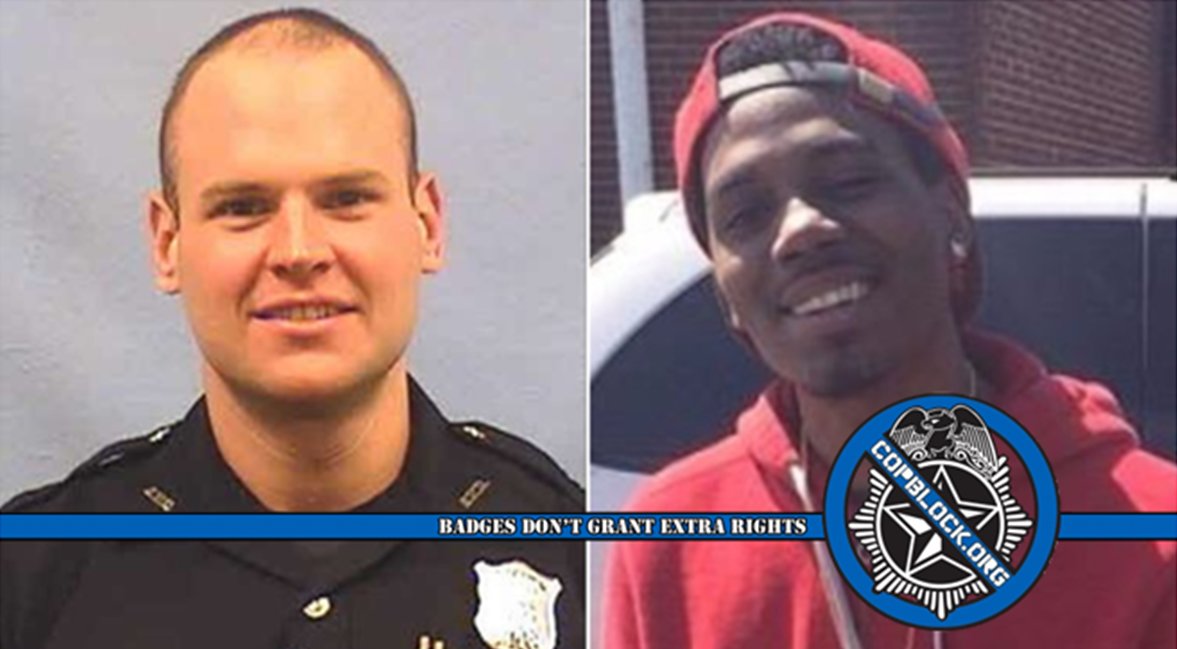 An Atlanta police officer now faces a murder charge after investigators determined a motorist “posed no threat” to him during a fatal June 22 shooting.

Burns had responded at around midnight to a report made by an off-duty officer saying that a suspicious person was outside the Monroe Place apartments. Once on the scene, Burns saw Rogers get into a 2011 silver Ford Fusion and attempt to drive away.

Investigators said Burns tried to pull his police vehicle into the middle of the road in order to block Rogers’ exit, but the motorist maneuvered around it. As a result, Burns got out of his car, yelled stop and fired a single shot through the passenger side window.

Rogers was hit by the bullet in the right side of his head and his car flew down the road before ramming into a parked vehicle at Cirque Daiquiri Bar and Grill on Monroe Drive. He was later pronounced dead at Grady Memorial Hospital.

Burns was fired following the incident on July 1 by Atlanta police chief George N. Turner who determined that he used excessive force and found that his explanation for opening fire was not substantiated. Burns claimed that Rogers tried to run him over. After reviewing dash-cam video that captured some of what occurred, and interviewing several witnesses however, investigators said the evidence did not support Burns’ claims.

Prosecutors agreed. It is unorthodox for a District Attorney in Georgia to file charges before a grand jury considers the evidence but D.A. Howard said in a statement that Rogers “posed no threat” to Burns who was “safely standing at the rear of his own patrol vehicle” when he fired his weapon.

“At the time of the shooting, Burns was not provided with any facts describing Rogers as a threat to the officer or the public. Neither was Rogers identified as the man the off-duty officer had previously reported,” Howard said in a statement.

“By reason of the evidence presented by several eye-witnesses, videos, and the findings of the Atlanta Police Department, we will proceed in this case in the same manner as any other defendant similarly charged — arrest, indictment and resolution.”

The charges come on the heels of mounting protests in the city that convened in the wake of recent police killings across the country. Residents are hopeful the charges will stick despite the fact that every fatal Georgia police shooting that occurred between 2010 and 2015 was deemed lawful in the states criminal justice system.

That’s right, not a single officer was successfully prosecuted in any of the 184 killings that occurred during that time. Many incidents did involve individuals who were threatening officers or others with guns and other weapons, but even when shootings appeared questionable – like the roughly half that involved individuals that were unarmed or shot in the back – officers still got off scot-free.

Many blamed the special privileges cops received in the state, because until recently, Georgia officers were the only ones in the country that were allowed to be in the grand jury room throughout the entire proceedings against them. As such, this allowed them to hear all of the evidence presented in cases and to close out their proceedings with a statement that could not be questioned by prosecutors or grand jurors.

The case involving Burns will be the first tried since the law that allowed such privileges has changed. Taking effect on July 1, a new law will now curtail officers abilities to testify without facing cross-examination. Burns has not commented on the case against him but his attorney claimed he was “forced” to use his weapon and that he plans on appealing his termination from the Atlanta police department.