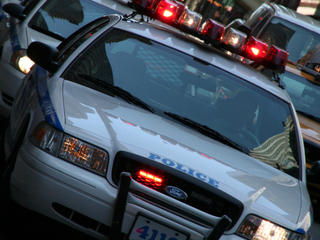 Amidst national calls for independent police reform, New York’s city council made an interesting move. New York has decided, in lieu of passing pending bills, to leave reforms up to NYPD. This adds to an escalating debate over whether the police should continue to police themselves, as has always been.

The decision was made by New York city council members, following a closed-door-meeting. Council members gathered with de Blasio administration and police officials to debate the “Right To Know Act”. If passed, the act would’ve encouraged sweeping reforms to the big apple’s force. City officials reputedly counted on the measures to rebuild public trust by improving police interactions.

Under RTKA, officers would be required to provide citizens business cards upon request. Police would additionally be trained to obtain a yes or no answer in the event an officer wants to conduct a warrantless search. If declined, the officer would be expected to be on their way without question, NY Times reports.

An officer’s name, rank, and command are now all for grabs by curious citizens finding themselves stopped on the street. Language also would change from “we’re going to search you” too “may I search you?” Full activation comes only after months of retraining by NYPD. However, given the city’s decision, these reforms rely on police compliance which isn’t enforced by prevailing law. Other reform bills were considered by the council, including those pertaining to record keeping. NYPD would be required to provide records on data involving use of force and the deployment of officers with credible civilian complaints.

Council speaker Melissa Mark-Viverito announcement of the developments were widely considered unexpected. According to NY Times, Mark-Viverito was grilled for around an hour by those at the conference. Some reputedly expressed objections, though a few appeared in favor of the decision.

The meeting ended a sluggish journey for NYPD reforms first introduced in 2012, and again in 2014. Since then, any idea of improving NYPD has sat impotent within the city’s consciousness. Both Mayor Bill de Blasio and Police Commissioner William J. Bratton objected, and were mentioned in meetings last summer.

Despite this, NYPD reportedly agreed to ensuring its officers monitor their own behavior. According to the Times, Mark-Viverito’s announcement trailed the Dallas shootings by mere hours. Mark-Viverito seems confident NYPD will comply with reforms she described as “moving forward.” “We were interested in working collaboratively with the police department”, she said. “Obviously”, Mark-Viverito continued, “we did not get 100 percent of what was laid out in the bills.”

Mayor de Blasio later claimed his administration seeks to “prevent unnecessary arrests and strengthen our officer’s relationship with the community”. De Blasio referenced numerous factors, including New York’s lack of marijuana reform, as key to police improvements. NYPD has proved defiant to cannabis nuances, refusing to obey them all together at times.

Critics quickly expressed understandable wariness of continuing to allow police to police themselves. One may say this very cycle is partly what’s gotten American policing to where it’s at–entirely at odds with the public. Some other city’s, like Chicago, have considered going the other direction with civilian-operated police accountability boards. Regardless of how great that may sound, New York isn’t interested yet.

Others went further, accusing Mark-Viverito of “working against the city council”, according to Village Voice. Anthonine Pierre, of Communities United for Police Reform, claimed the proposed act was supported by most council members. Despite this apparent council support, speaker Mark-Viverito refuses to allow a vote. Residents continue to demand that reforms be backed by law, or the police will continue abuses. Executive director of New York’s Civil Liberties Union Donna Lieberman even suggested NYPD has some form of “veto power.” Other loopholes also exist in the watered down middle ground the council found with NYPD brass.

Councilman Jumaane D. Williams, who attended the meeting, called the measures “a win, particularly in this climate.” Others, like councilwoman Venessa Gibson, felt the reforms were progress as “before we had nothing.” Bill de Blasio’s administration joined police officials in cornering the meeting into a compromise. Police commissioner Bratton decried the search bills in particular, calling them “intrusions” on NYPD.

Council members hinted passing reforms as law isn’t entirely impossible. For now though, residents are forced to settle for the continuation of police policing themselves. Bronx Democrat Ritchie Torres and bill sponsor perhaps best summed up why this “compromise” itself is compromised. “Legislative reform is protected by law”, he states, “whereas administrative reform can be reversed at will.”