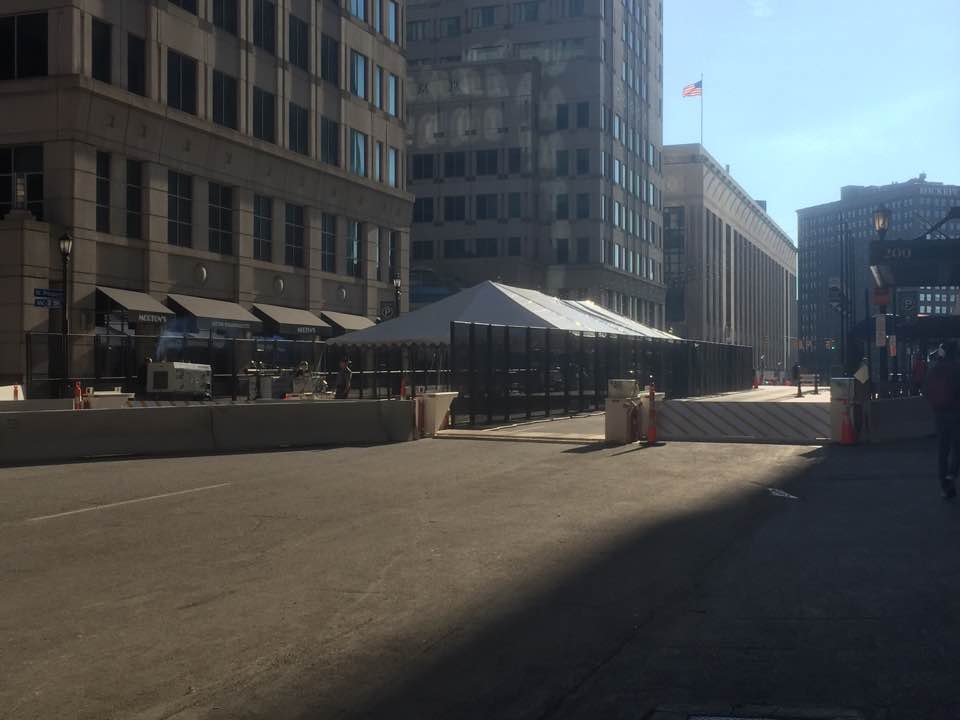 Reports state a million people will pack into Cleveland, OH this week for the Republican National Convention (RNC) where Donald Trump is expected to accept the party’s nomination for President of the United States.

Like every other RNC before it this one is expected to draw protests from those who find issue with Trump being the next president.

If government was actually the answer, and not the problem, then events like the RNC wouldn’t need to create a police state to “Make America Great Again.” Yet, this is the world we live in, where if someone can get 51% (and far less actually) of the people’s vote then they can tell the other 49% what to do. Some would call this ‘mob rule’ but others call it democracy.

Nevertheless, CopBlock is the idea that “Badges Don’t Grant Extra Rights” and we use our cameras to highlight that. Of course many of us who contribute to this site, via the CopBlock Network, know that ‘government’ believes “Badges DO Grant Extra Rights” and to solve the problems relating to police, you have to address the many in pertaining to the government but that’s a topic outside the scope of this post.

With that being said Kelly Patterson (of NVCopBlock.org and Editor of CopBlock.org), DEO Odolecki (GCCB founder and CopBlock Store Manager), Joshua Hotchkin (Iowa CB founder, CBN Contributor and SproutNews Corrispondent) and myself will be on the ground the entire time during the RNC.

Our primary goal is to record as much as we can so that we’re able to provide an objective record to any events that unfold. Our secondary goal will be to provide outreach and assistance to anyone who has a police interaction. When we’re not doing that we’ve been brainstorming ideas for other Police related content.

I will be livestreaming via Cell 411 which will then feed to CopBlock’s and Cell 411’s Facebook pages. The four of us will also be keeping in contact via the public Cell known as “RNC Activists” (exact spelling) and encourage you to join it as well.

There will also be a META post live as of tomorrow morning, click here, that will keep all livestreamed videos and text updates in chronological order.

I’d like to thank the donors of the CopBlock Network for helping keep our bellies full while covering the events and Cell 411 for helping power our livestreaming possibilities and gear.

Below is a little video I recorded yesterday after arriving in Cleveland.