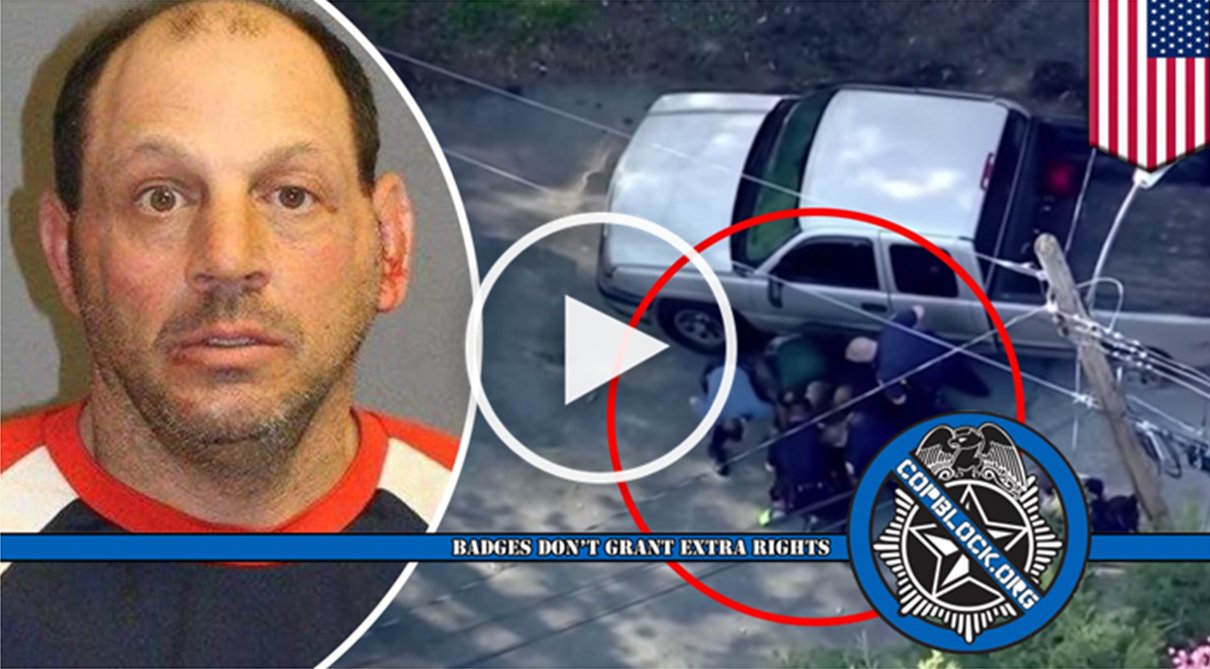 Two state troopers have been charged with assault for actions caught on video during a New Hampshire arrest of a surrendering motorist earlier this year.

On May 11, police in Holden, Massachusetts attempted to pull over a pick-up truck driven by 50-year-old Richard Simone, who was wanted on warrants for assault and battery with a dangerous weapon, larceny and failure to stop for officers.

The cops said they tried to stop Simone’s vehicle because it was wanted in connection with an advisory issued by another department. When Simone refused to pull over however, the chase was on.

Aerial footage from the scene shows Simone eventually come to a stop while around a dozen officers approach the vehicle with a police dog. Simone is seen surrendering after he exists the truck and then gets down on his knees before lying down in the street.

At least two of the officers are then seen repeatedly punching and brutalizing Simone as some of the other officers stand by with their firearms drawn. He is then taken into custody.

On Tuesday, Foster revealed that the two troopers – Joseph Flynn, 32, of the Massachusetts State Police, and Andrew Monaco, 31, of the New Hampshire State Police – were charged and arrested with simple assault for punching Simone during the arrest.

Foster’s office said that because the troopers were on-duty during the incident, their charges could see an enhanced penalty. According to the Massachusetts state police, Flynn remains suspended without pay, and an internal affairs investigation into what occurred is still ongoing.

“I want to ensure that the public knows that this will be fully investigated and we recognize the importance of the public trust,” New Hampshire state police Col. Robert L. Quinn said. “And the unnecessary, unjustified use of force will not be tolerated.”