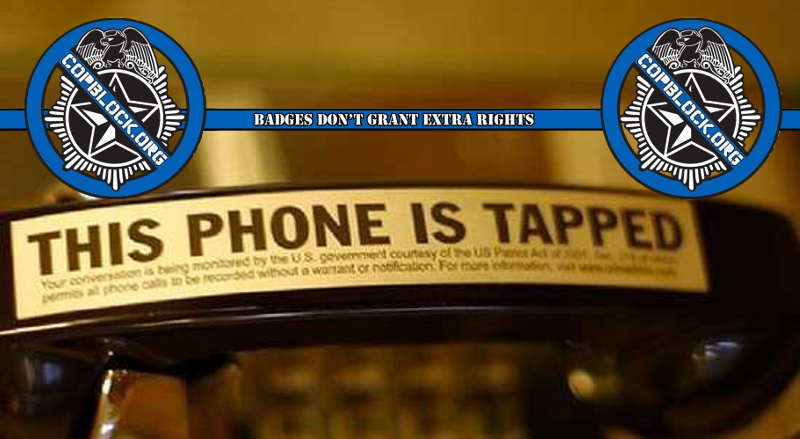 The Drug Enforcement Administration has revamped its wire tap protocols, but only after coming under fire. Now, the DEA will seek input from prosecutors prior to wiretapping instead of superseding their authority. These developments represent an curveball for police surveillance amidst national calls for overall reform.

Over the last decade, phone surveillance by the DEA and other law enforcement agencies has skyrocketed across the nation. Arguably, that wouldn’t be as bad if police would just go through the proper channels. Instead, many local and federal entities have been caught red-handed bypassing the court to utilize surveillance technologies. The DEA itself, USA Today reports, went to state judges and prosecutors who were particularly keen on surveillance with minimal oversight.

In fact, the DEA sent over 60% of it’s wiretap requests to state courts in order to supersede Justice Department lawyers. The revelation comes after the DEA’s current administrator Chuck Rosenberg orders a review of wiretapping practices. Rosenberg’s review found what the DEA called numerous “deficiencies” in how agents sought surveillance approval.

The DEA’s practices, in at least one case, resulted in a massive program intercepting millions of calls and text’s in a Californian city. According to USA Today, a single state judge approved the vast majority of the program. At it’s peak, that one surveillance program accounted for a fifth of all wiretaps in the nation. Prosecutors also believe the DEA’s wiretapping violated federal law, thus catalyzing outcry.

The agency’s new guidelines dictate agents consult federal prosecutors before seeking a wiretap, as well as a senior DEA official. These must be sought before a court is approached, regardless of whether it’s federal or state. DEA officials hope to move more surveillance requests to federal hands, rather than state.

Butler stumbled upon what’s described as a “rogue” Kentucky county which permitted surveillance “with astonishing frequency”. A state judge allowed the evidence, while acknowledging the programs scale suggested constitutional violations.

Others, like staff attorney for the Electronic Frontier Foundation Stephanie Lacambra, fear “nothing’s really going to change.” Lacambra’s group has involved itself in numerous privacy cases, and is highly critical of DEA’s surveillance practices. Perhaps Lacambra would be less wary if there were any sign DEA agents who abused surveillance policies will be punished. This is not the case, and we’re all still waiting to hear what’s happened to disgraced DEA agent Chad Scott.

Putting skepticism aside, this recent move seemingly adds to a new string of changes in the DEA. Rosenberg’s administration has also surprised the public with it’s scaling back on negative marijuana rhetoric. It’s even been hinted that the DEA may reschedule the drug sometime this year, though this remains to be seen. What’s more, if the DEA is moving to change it’s surveillance policies, then what of the rest of America’s force?