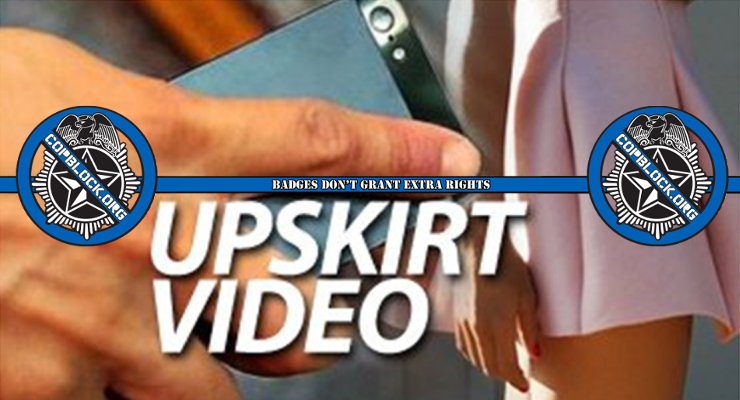 A TSA agent has been arrested for using his smartphone to take an upskirt video of an unsuspecting woman at the Seattle Tacoma International Airport.

According to officials, 29-year-old Nicholas Fernandez was charged with voyeurism on Tuesday by Seattle police who said that the offense occurred on an escalator, and not in a security line that the agent was working.

The TSA began investigating Fernandez after it received information from a fellow agent that he was spied taking a break from a checkpoint and following a woman until he turned on his cell phone flashlight and appeared to begin recording video from beneath her skirt.

Fernandez has now been removed from screening duties and has been suspended without pay, according to a TSA spokesperson. He was jailed in lieu of $7,500 bail for the voyeurism charge and has not appeared to have procured an attorney in the case.

“TSA does not tolerate illegal, unethical or immoral conduct,” the spokesperson said. “When such conduct is alleged, TSA investigates it thoroughly. When appropriate, TSA requests that it be investigated by a law enforcement authority. When an investigation finds that misconduct has occurred, the appropriate action is taken.”

The charge comes on the heels of a damning new report released this month by the House Homeland Security Committee that found that almost half of all TSA employees allegedly committed some form of misconduct between 2013 and 2015.

Additionally, misconduct rose by nearly 29 percent during the two year period, and on average, 58 allegations of misconduct were filed at each airport in 2015 – with 35 percent of airports experiencing an increase in the number of allegations.

The TSA is probably one of the most inept and ridiculous government agencies on the face of the planet, and has been disgraced time and time again by its almost-total failure in covert security audits.

Adding further insult to injury, an inspector general report revealed in June of last year that 73 of the TSA’s workers were on the Department of Homeland Security’s “Consolidated Terrorist Watchlist.”

In addition to employing suspected terrorists, the agency also excels at hiring pedophiles and violent criminals, and takes pride in the plethora of sexual assault complaints levied against agents. This is the agency that is supposed to keep America’s planes safe? What a joke!