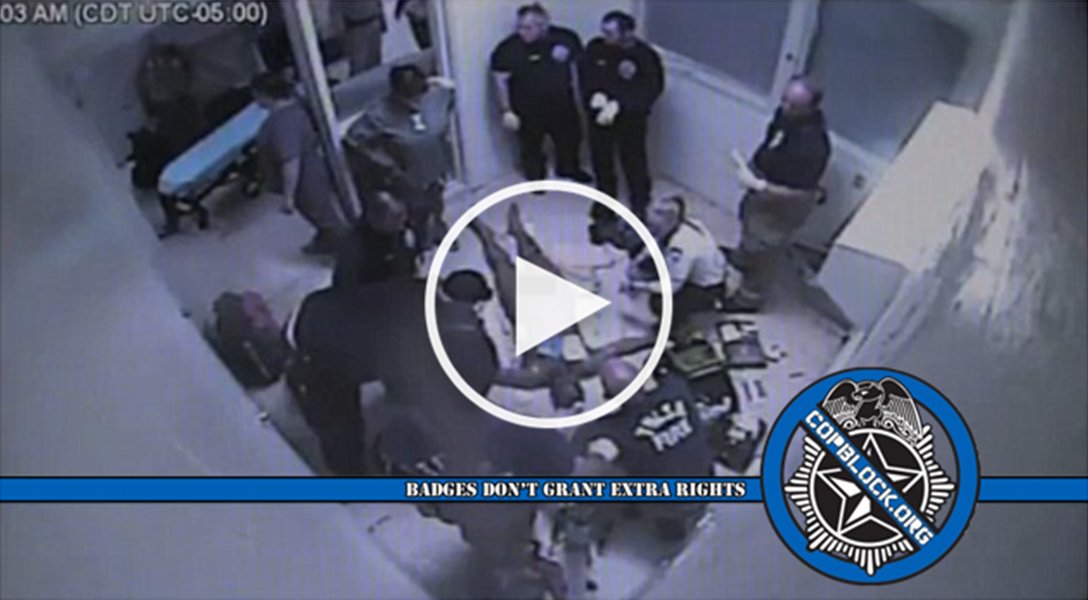 A federal judge ruled Wednesday, that a lawsuit filed on behalf of a paralyzed mentally ill man who died after spending five days on an Oklahoma jail cell floor, can move forward.

Calling the cell a “burial crypt,” U.S. District Judge John Dowdell overruled requests by Tulsa County officials and former Sheriff Stanley Glanz for a summary judgment in their favor. Instead, he determined that a reasonable jury could find that jail staff displayed an “attitude of inhumanity and indifference” toward 37-year-old Elliot Williams.

Williams, an army veteran who had been diagnosed with bipolar disorder while in the military, was arrested after family members took him to an Owasso hotel on Oct. 21, 2011 “because [he] had not slept in days and was having psychological issues.”

According to Dowdell’s order, Williams had just undergone a breakup with his wife and caused a disturbance in the hotel lobby. Owasso police responded to the scene and the situation escalated when Williams refused to comply with officers’ orders to sit down. He also verbalized that he wanted to die.

After first calling and then canceling the services of a mental health unit, officers pepper sprayed Williams and took him to the Tulsa jail on a misdemeanor obstruction charge. Once in custody, Williams continued to act bizarrely and took off his clothes and began barking like a dog.

Dowdell’s order states that when Williams continued to refuse to cooperate, the cops threw him to the floor, with one landing on him – which resulted in difficulty walking. Instead of being placed on suicide watch, Williams was then placed in a holding cell where he allegedly rammed his head into the door of his cell.

After falling to the ground and not moving, Williams told officers and medical staff that he had broken his neck and was paralyzed. He then proceeded to lie on the floor for more than 10 hours without attention before staff declared a “medical emergency” early the next morning.

While being assessed however, the “head nurse” for the jail “cussed at and berated Williams, telling him that he should be ‘ashamed’ of himself, to get his ‘nasty ass’ in the shower, and to ‘quit fucking faking,’” according to Dowdell’s order. Capt. Tommy Fike and Sgt. Doug Hinshaw then placed Williams on a gurney and “dumped [him] into the shower… where [he] hit his head with a ‘smack.’”

Williams was left there unable to move for three hours and “throughout the first day at the jail, [he] continued to tell his captors that he was paralyzed and unable to move or walk,” Dowdell’s order states. Over the next three days however, Oct. 23 through 25, officers and medical staff did nothing to provide him any medical attention.

According to Dowdell’s ruling, Dr. Stephen Harnish finally visited Williams on Oct. 25 but ordered no neurological exam and “instead of providing or ordering medical care, [he] ordered jail staff to place Mr. Williams in Medical Cell number 1, which would be his burial crypt.”

There, jail staff tossed trays of food to Williams and placed cups of water nearby as he lie for two more days unable to reach them. The final moments of his life were caught on surveillance video taken from inside the cell, and on Oct. 27, 2011 at just after 11 a.m., Williams was found unresponsive.

“After unhurried attempts at CPR, it was clear that Williams, who was lifeless and had blood coming from his mouth, was dead,” Dowdell’s order states. An autopsy found that Williams died of complications from a broken neck caused by “injuries due to blunt force trauma,” and dehydration.

Of primary concern in the federal civil-rights lawsuit filed on behalf of Williams is whether jail officials were deliberately indifferent to the medical care of the deceased, as well as other inmates at the jail.

“From this evidence, a reasonable jury could find that Mr. Williams’s medical needs were obvious to any layperson,” Dowdell wrote on Wednesday. “They could also find that the medical unit-wide attitude of inhumanity and indifference shown to him, which resulted in the delay and denial of medical care in the face of his symptoms that were obviously indicative of a serious medical condition or medical emergency, amounted to deliberate indifference.”

Also to be weighed in the case is whether Sherriff Glanz was responsible for unconstitutional policies that violated Williams’ constitutional rights and whether those policies exhibited deliberate indifference to Williams’ needs for medical care.

“Based on the record evidence construed in plaintiff’s favor, inferences could reasonably be drawn from the evidence that Glanz was notified, repeatedly, that the Jail’s medical care system was dangerously deficient, placing inmates like Mr. Williams at substantial risk of serious harm, but that Glanz continued the operation of a policy of providing that dangerously deficient care,” Dowdell said.