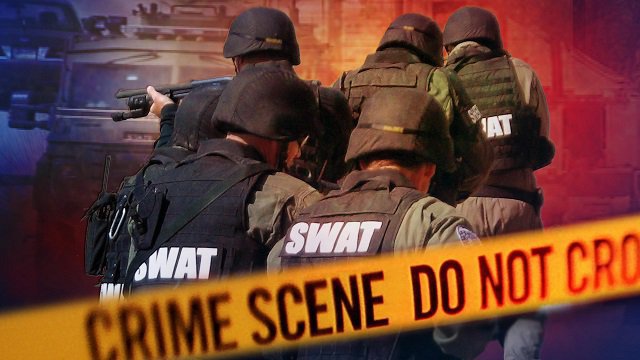 The wrongful death of Michael Funk has been a story I’ve been following since it happened in my home state of Wisconsin this past December. In summary Funk was taken hostage at his motorcycle club (and repair shop) by a disgruntled man who had a dispute with another customer.

After the police were called by the other owner, who was hiding in the basement, Funk became a hostage when police failed to breach the building and retreated when faced with gun fire.

That’s when Funk was asked by his hostage taker to secure the backdoor but instead decided to make a break for it. Funk successfully avoided being shot the gunman inside while exiting the building but was gunned down by police waiting outside. See video below.

Now the family has filed a lawsuit against the police for wrongful death, according to the Post-Crescent:

The widow of Michael L. Funk filed a wrongful death lawsuit Monday against Neenah and the two Neenah police officers who shot and killed her husband.

The federal lawsuit brought by Theresa Mason-Funk says the force used by Craig Hoffer and Robert Ross was “unnecessary, unreasonable and excessive.”

“Many of the shots fired by officers Hoffer and Ross struck Michael in the back,” says the lawsuit.

The 14-page complaint, which does not specify a dollar amount, also quotes a comment made by Hoffer after Funk was shot. As Funk lay in an alley, Sgt. Angie Eichmann asked Hoffer whether she should check on the victim.

“(Expletive) that,” Hoffer responded. “I could care less right now if he sits there and dies.”

Neenah police wouldn’t tend to Funk for more than 30 minutes. He was shot nine times and died on the pavement.

While some might think the quote would be fitting of a man who thought he had just shot an armed robber, who had also just shot at police, but that’s not the case. Another note in the lawsuit filed by the Funk family is that, “Officer Hoffer had met Michael before December 5, 2015 and was familiar with Michael and with Michael’s appearance.”

That’s right, the officers in this area are well aware of the Eagles Nation Club and Funk himself. Why is it safe to assume that nearly every police officer in that county knew of Funk and the motorcycle club? Because they were targeted by police over the location of their club. The city wanted the bikers out of town so they could hand their property over to more tax lucrative businesses, therefore, they used the police to set up a drug sale and bust on the bikers.

It didn’t work and it actually backfired. The bikers became aware of the shade city dealings after the raid and fake drug buy. They lawyered up and filed a 50 million dollar lawsuit against the city/police. That lawsuit was well known and active at the time of Funk’s wrongful death.

So to hear an officer from that department say, “Fuck that (in response to if he had checked on Funk after shooting him). I could care less right now if he sits there and dies” is beyond troubling. For over 30 minutes Funk laid on the ground with no medical attention whatsoever. The police simply let him die and no one knows why; but a 50 million dollar lawsuit seems fitting enough.

Of course the officers are on paid administrative leave and no charges have been filed against them. In fact, the police have charged Brian Flatoff, the man who took Funk as a hostage, with his murder. Even though it was the police who put 7 bullets into his body, Flatoff will be the one on trial. Not the men who shot a man, in the back, they should have been able to identify and was no threat to them whatsoever (except the 50 million dollars his club was going to get from them).

This is a horrific death at the hands of police and another reason I use the hashtag; #FuckYourBadge. Only thugs with badges get away with cold blooded murder this way.