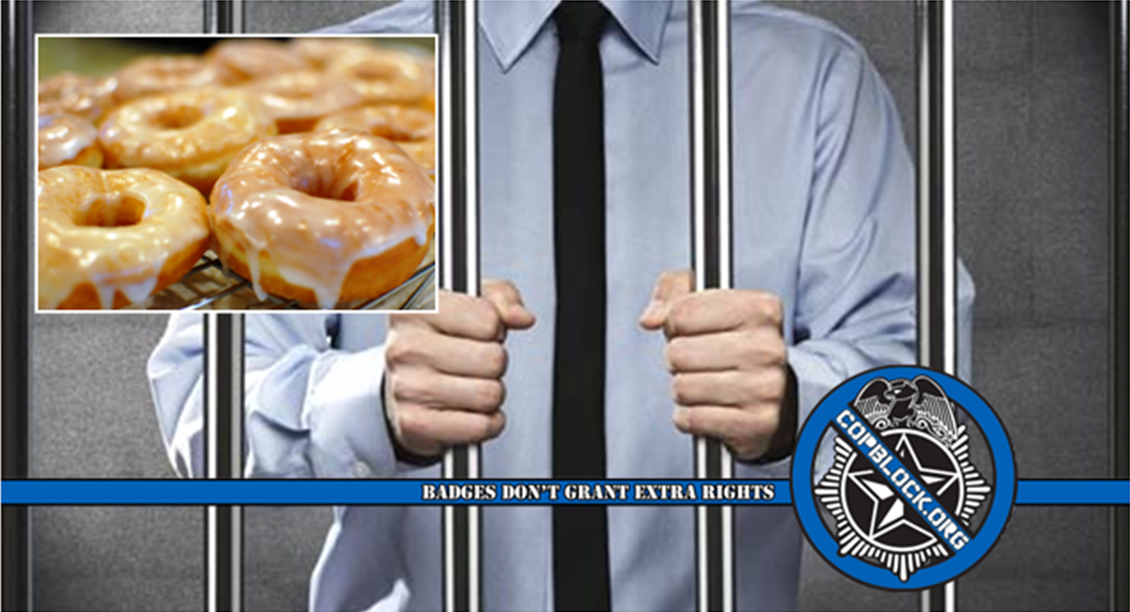 A Florida man is weighing legal action after he said he found himself behind bars when overzealous cops mistook the glaze from a donut as methamphetamine.

Daniel Rushing, 64, was pulled over at Robinson Street and Parramore Avenue by officers with the Orlando Police Department for speeding and not coming to a complete stop when exiting a parking lot on December 11, 2015, according to the arrest report.

During the stop, he told the cops that he had a concealed weapon and agreed to a vehicle search before a “rock like substance” was found on the floor board by his feet and elsewhere in the car.

The arrest report states that Rushing tried to plead with the officers that the substance was simply the glaze from a donut he had consumed, but two separate field tests “indicated the presence of methamphetamines.”

This isn’t the first time that filed tests have mistakenly placed an innocent person in jail. Earlier this month, Pennsylvania taxpayers had to pay a Brooklyn, New York man $195,000 after he was wrongly jailed for 29 days because a roadside drug test misidentified homemade soap as cocaine.

According to an extensive ProPublica investigation, 100,000 people across the country plead guilty each year to drug possession charges that are based solely on unreliable field tests that have changed little since the 1970s.

There are no established error rates for the field tests, in part because their accuracy varies so widely depending on who is using them and how. Data from the Florida Department of Law Enforcement lab system show that 21 percent of evidence that the police listed as methamphetamine after identifying it was not methamphetamine, and half of those false positives were not any kind of illegal drug at all. In one notable Florida episode, Hillsborough County sheriff’s deputies produced 15 false positives for methamphetamine in the first seven months of 2014. When we examined the department’s records, they showed that officers, faced with somewhat ambiguous directions on the pouches, had simply misunderstood which colors indicated a positive result.

“I kept telling them, ‘That’s… glaze from a doughnut,” Rushing said. “They tried to say it was crack cocaine at first, then they said, ‘No, it’s meth, crystal meth.’ I didn’t have anything to hide [but] I’ll never let anyone search my car again. I got arrested for no reason at all.”

Following the arrest, Rushing was booked into jail on a charge of possession of methamphetamine with a firearm. He said he was locked up for about 10 hours before being released on $2,500 bond.

According to the Florida Department of Law Enforcement, an Orlando crime lab analyst found that the substance submitted as evidence was confirmed to not be an illegal substance. As a result, the State Attorney’s Office dropped the case.

Rushing, a retired Orlando parks department employee, has hired a lawyer and is asking the city to pay him damages in an amount that he has not yet determined. His attorney says a lawsuit is expected to be filed some time next month.