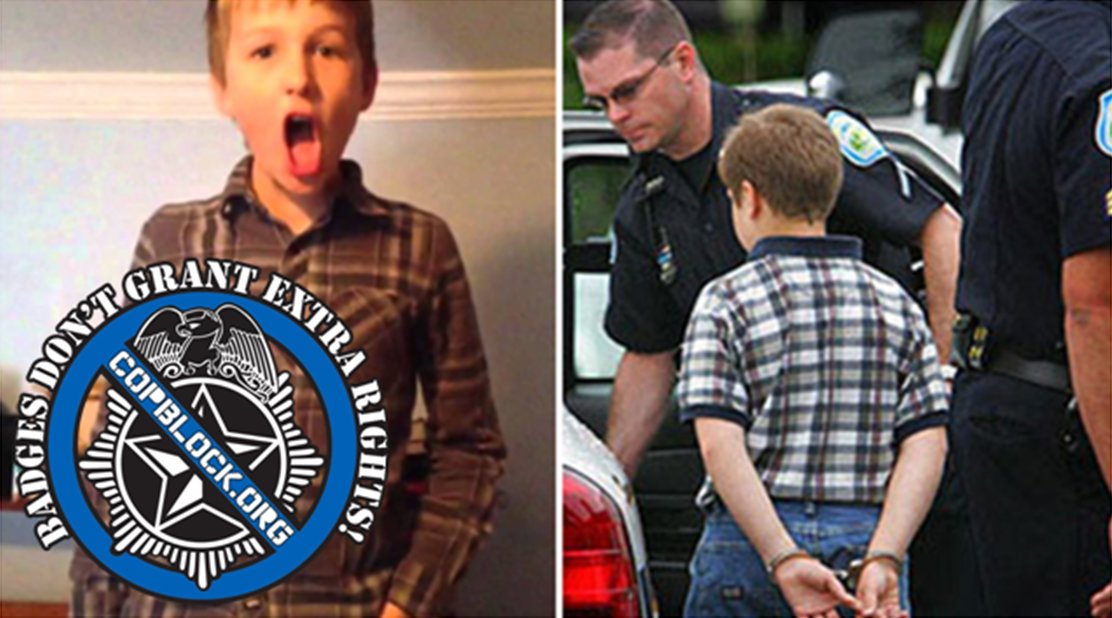 In an astounding decision, a federal appeals court has ruled that it was acceptable for an officer to arrest a 13-year-old seventh-grader for burping at a New Mexico middle school.

According to a lawsuit filed in the case, the unidentified teen was arrested on May 11, 2011 at Cleveland Middle School in Albuquerque after he “burped audibly” in his P.E. class and was taken to a juvenile detention facility in handcuffs.

School officials said the boy interrupted the class by fake burping repeatedly until the teacher sent him into the hall where he continued to interrupt by sticking his head back into the classroom and burping again.

Instead of sending the boy to the principal’s office, the teacher called Albuquerque Police Officer Arthur Acosta, who was assigned to the school as a resource officer. Acosta brought the teen to the school’s office and then placed him under arrest for violating New Mexico’s school disruption law.

The misdemeanor law makes it a crime to “disrupt, impair, interfere with or obstruct the lawful mission, processes, procedures or functions of a public or private school.” The boy was never officially charged however, and was released that same afternoon from the detention facility into the custody of his mother.

“Criminalizing of the burping of a 13-year-old boy serves no governmental purpose,” the lawsuit said. “Burping is not a serious disruption, a threat of danger was never an issue.” The suit alleged that the boy was falsely arrested and denied his due process rights when he was suspended for the remainder of the school year.

Naming the principal, an assistant principal, and Officer Acosta, the lawsuit was filed pursuant to the civil rights statute, 42 U.S.C. section 1983 – which stipulates that in order to proceed against a public official, it must be shown that the official acted in violation of clearly established law.

In the majority of such cases, officials attempt to assert qualified immunity – which protects them from liability if their actions are deemed to be in line with what any reasonable official would have believed to be lawful at the time.

In federal district court, such a defense was made by the school officials and Acosta. Because the New Mexico law under which the teen was arrested makes it a crime to disrupt school procedures – and since the burping was said to have disrupted class to the point where teaching could not occur – the arrest was ruled acceptable.

That decision was challenged in the 10th Circuit U.S. Court of Appeals, focusing on Acosta alone – and on Monday, the decision was again made in favor of the officer. In a 94-page opinion, the three judge panel held 2-1 that the law didn’t forbid arresting a child for burping in school.

The reasoning behind the ruling rested on the assertion that the arrest counted as “arguable probable cause” because there was no case on file explicitly interpreting the law to exclude such petty applications.

The one dissenting judge on the panel, Neil Gorsuch, argued that a precedent did exist in a 1974 case that held that trivial interference doesn’t count as a crime, but the majority opinion wrote that the case was interpreting a different statute that applied only to colleges.