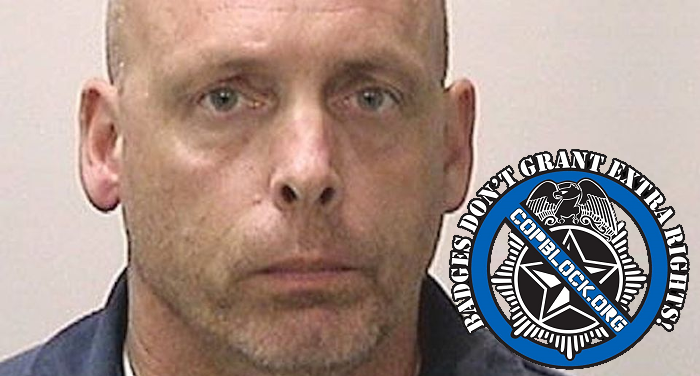 Thomas Abrahamsen, an 18 year veteran with the San Fransisco Police Department, was arrested earlier this week on suspicion of assembling an AR-15 style assault rile. Abrahamsen was booked on Tuesday, with a $150,000 bail and is facing two felony weapons charges. One for manufacturing an assault weapon and one for possession of an assault rifle.

However after turning himself in, he was arraigned and subsequently released on his own recognizance. I called a local bondsmen to ask about the bond situation for someone who is charged with these crimes. He said depending on the situation and the individuals background the bond could be anywhere from $1,000 – $1,000,000, but rarely if ever would someone with such charges be released on their own recognizance without posting a bond.

The rifle Abrahamsen was building was chambered for a .50 cal BMG bullet. Under new prohibitive firearm legislation passed in California on July 1, 2016, rifles with a “bullet button” that allow for the weapons magazine to be released with the press of a button and quickly replaced were banned. Rifles chambered in .50 cal BMG were also banned.

While I don’t think officer Abrahamsen should be caged for using his own ingenuity in making homemade tools, his hypocrisy and blatant disregard for the same laws he enforces on others makes his behavior unacceptable. Abrahmsen would’ve arrested anyone else for building firearms in their house, and as a result they would have been caged for a very long time. Yet because Abrahamsen is a cop he believed he was not subject to the same standards as everyone else and should be allowed to practice certain freedoms that are not allotted to the rest of us.

Abrahamsen was discovered by the “Not on My Watch” initiative, a group of “good cops” who police other cops, and had been under investigation for a year. The “Not on My Watch” initiative was the brain child of the previous SFPD chief after it was discovered that the department was plagued with officers exchanging racist texts and using homophobic language.

In the spirit of the Not on My Watch initiative, Department members will continue to hold each other accountable and will act swiftly to report any behavior that might bring dishonor to the Police Department, acting Police Chief Toney Chaplin said.

While exposing a department long plagued with racism is a good thing, I’m bewildered by the fact that after decades of criminal behavior it was text messages filled with racist and homophobic slurs are what caused cops to jump into action and start policing their own, rather than the far more damning racial practices like profiling they commit. It almost makes you question the intentions for the inception of such an initiative – after all, where were these “good cops” when Celeste Guap, teenage daughter of a police dispatcher, was being passed around the bay area police departments?

The good cops never seem to be so flamboyant when one of the bad cops has just publicly humiliated the law enforcement profession.

While researching this event I ran across another article written by a second amendment blog. While I do not mean to belittle the right to bear arms or  support pointless firearm sanctions, the article is misrepresents and takes extra time to suck some cop, crying about how an officer with 18 years of honorable service is having his life ruined over victim-less crimes. Instead of pointing out the glaring double standard that Abrahemsen would have arrested anyone else for the same thing. The website also boast posts hating on victims of police brutality, while simultaneously propping up the institution that created them in the first place.