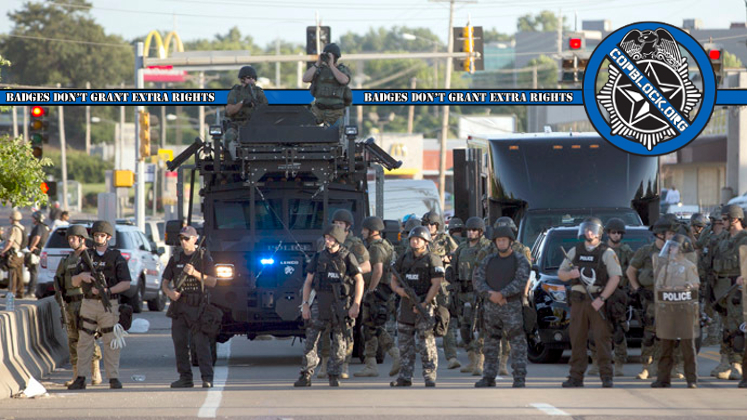 The following post was originally published at TheAntiMedia.org under the original title “Here Are the New Tactics Police Are Preparing to Roll out in Your Community” and was written by Darius Shahtahmasebi.

In the post, Shahtahmasebi discusses how the police plan to respond to the recent shootings of police by citizens in several cities (this was written prior to the incident in San Diego) across the country. Not surprisingly, instead of stepping back and saying, “maybe all those times we unnecessarily shot people and/or refused to hold each other accountable for it or even essentially celebrated it had something to do with this” police nationwide are preparing to become even more militarized and violent toward the citizens they claim to protect and serve.

Following the recent events in the United States, which have resulted in armed civilians taking on police officers—namely in Dallas, Baton Rouge, and most recently in Kansas City, Kansas —  police forces across the country are set to adjust their strategies and tactics.

An interesting detail to note is that on July 11, 2016 — following the first deadly attacks on police officers that occurred in Dallas — Reuters reported police were set to rethink their tactics in nearly half of America’s 30 largest cities. They evidently didn’t act swiftly enough (a number of deadly attacks followed shortly after). It’s either that or the suggested police tactics were never going to address the root causes of the problem we are facing.

So what kind of changes can we expect to see?

The most prominent change to occur is the pairing up of police officers. However, some more drastic suggestions are also in the pipeline. For example, the Indianapolis police force has said it will consider the use of robots to “deliberately deliver lethal force.” Denver’s police union has called for officers to be able to wear riot gear for local protests, and to be armed with AR-15 assault rifles while on patrol at the Denver International Airport.

In the wake of the Baton Rouge shooting, other changes likely to occur include: requiring that two cars respond to all calls, shifting officers to serve as extra backup, imposing increased security and surveillance, increasing the number of helicopter patrols, and suspending solo patrols.

It seems as if the police are considering all options — anything, that is, but refraining from summarily executing unarmed civilians in broad daylight. At the very least, they could start by prosecuting those responsible for such incidents. Apparently, however, that is too much to ask of those who are sworn to protect and serve.

America’s current president, elected on promises of hope and change, has told police officers across the country that “we have your back.” This is noteworthy because to date, there has been no concrete effort on the part of the president to address the underlying issues that have resulted in the uprising starting to unfold. To date, he has insisted on ploys that are nothing but politically acceptable attempts at pleasing all parties involved. I would go so far as to argue Donald Trump’s racist tirades do more for minority groups — by empowering and uniting them against his demagoguery — than Barack Obama has done his whole time in office, which has reflected his unwillingness to actually represent them on issues that grossly affect them. The saddest part about this ongoing issue is that the tactics as suggested by satirical newspaper, The Onion, are more honest than any conversation our police departments or politicians are having about police brutality in the United States.

In particular, the outlet suggested the ability to “ensure this can all legally be thrown out the window if a cop feels threatened” is something police forces across the country are so apt at implementing, The Onion need not have mentioned it all together.