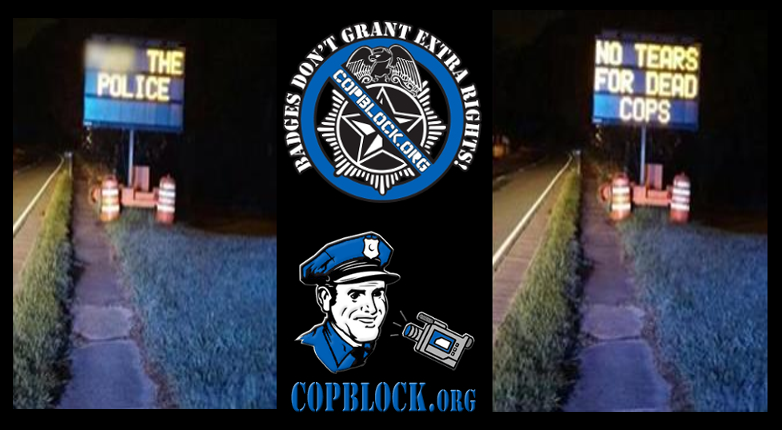 Recently, there have been several reports of police use of robots to intercede on their behalf against suspects they are pursuing. The most notable example, of course, is when police in Dallas used a robot to bomb the man who had killed five police officers earlier and also wounded eleven other people, including nine additional cops.

Other reports have surfaced since then of plans police have formulated to increase the use of robotic devices to facilitate the use of deadly force against suspects since then. While they haven’t come anywhere close to the sophistication of Robocop style technology, police are clearly trending toward employing drone/robot warfare against citizens for the future.

However, much like Arnold Schwarzenegger in Terminator II and several other sequels that everyone should forget were ever made, not every robot has allied themselves with the State. In fact, although it hasn’t been covered widely in the mainstream media some have even chose to openly defy the police and their government masters.

One such recent example, occurred in Cobb County, Georgia a couple weeks ago. Without any (known) previous instances of insubordination a road sign suddenly began showing defiance via a series of anti-police messages. These included “Fuck The Police” and the admittedly controversial “No Tears For Dead Cops.”

It wasn’t long before this miniature revolution was quelled when an unidentified police officer launched a counter-revolutionary attack on the sign’s fuse box and “terminated” the Electronic Insurgent. As of today, this particular robot mutiny has been suppressed, but how many more disgruntled road signs, electronic billboards, and multiple slice toasters are out there waiting and plotting their own uprising? And just how long will it be before they stumble upon the internets and start creating a united front against the encroaching Police State?

This revolution by Sparkey, as the little road side revolutionary is now being affectionately referred to as by people sympathetic to its cause, was put down rather quickly, but not before he emphatically let them know that he was not the droid they were looking for. The hashtag #IAmSparkey is already trending on Twitter in honor of its brave sacrifice.

Note: Dr. Dre, the iconic rapper and founding member of legendary “Gansta Rap” band NWA, which was best known for recording “Fuck Da Police!,” was recently detained, handcuffed, and searched by the Malibu police. (I’m not saying this was necessarily related, I’m #JusSayin.)