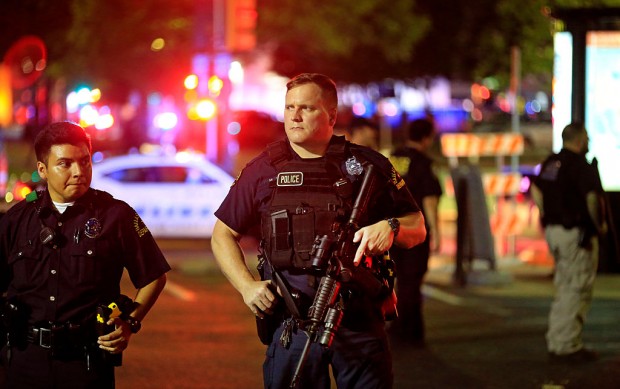 “It shows they weren’t doing their job that night. There were a lot of officers with heroic actions that night and these guys instead were doing a podcast,” said President of the Dallas Police Association, Ron Pinkston.

“As you can see I am a Dallas Police officer I am at work as we speak… it’s complete chaos,” Watkins said on the video, referring to the aftermath of fellow police officers being shot in Downtown Dallas.

According to CBSDFW , the officers also criticized recent police shootings around the country.

The Dallas Police Association said the two officers are not a reflection of how other cops feel.

The officers are being investigated by internal affairs and remain on active duty.

The original video has been removed from Youtube.  Watch the news report below: