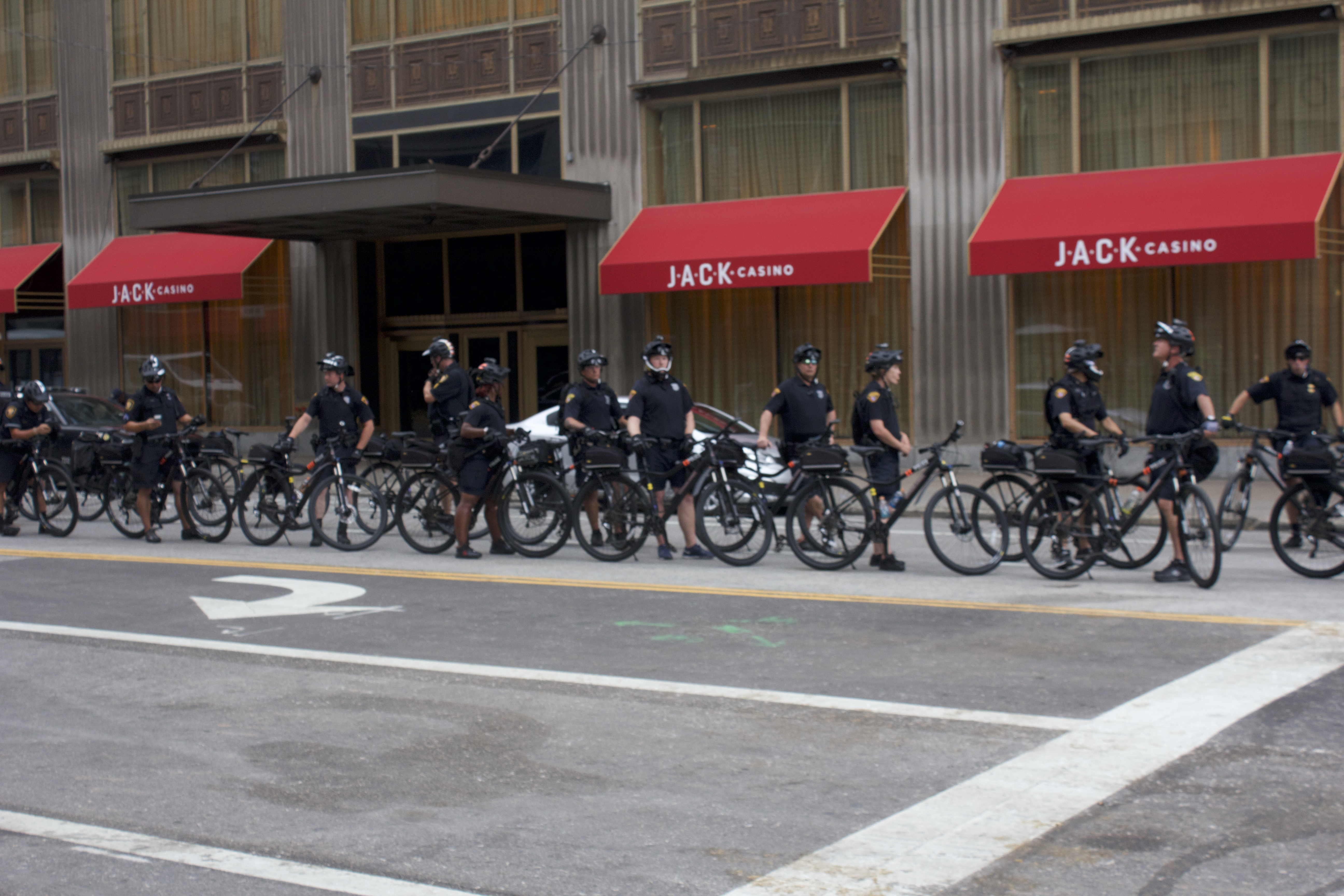 UPDATE: Today I went to the JACK Casino to not only play poker but talk to someone about my removal last weekend. I was able to talk for 15 minutes with the head of security – I forgot his name though. He assured me that the employee in question would be reminded of proper procedures when asking customers to leave. Furthermore, he said he would speak to the Sgt. that oversees the police in the casino, so that he’s aware of the situation.

This pleased me and I was happy to delete my 1 star review I had left on their Facebook page. Unfortunately, they have blocked me so I was unable to leave a higher one but would still recommend visiting their establishment, for the poker room (I don’t play anything else).

This also goes to show how communication between the parties involved directly and rectify a situation. I do not want the employee fired or even suspended, I just want him to realize that even when asking someone to be removed he’s obligated, per the policies set forth by the casino owners, to assist me in retrieving my property. That refusing to do so would put the business at risk and possibly his job had my money been lost.

Several CopBlock Network contributors have blogged about police officers being refused service at a business, most commonly a restaurant, this past year. See here.

Those situations seem to follow a similar pattern. First the officer reports the refusal of service back to his superiors, then a rush of ‘Blue Lives Matter” and flat out harassment proceeds to happen. That’s where family members, police officers and other CopSuckers take to social media and the phone to threaten the business in some form.

At this point most businesses fold, or some even before the harassment starts, because in today’s world the police MUST be worshipped or they (and their supporters) will literally punish you.

It’s a sad reality when low wage employees refuse to serve local cops and the upper management, or owners, undermine their own workers by firing these employees and sucking up to the police. It’s obvious that the police harass (or enforce laws upon) poor people more than any other demographic, yet, when they attempt to fight back they are then struck down by those who absolutely need them to continue business.

This past Saturday I was on the other end of this scenario when I was refused entry into the Jack Casino because of my “F=CK the Police” tank top.

Anyone who knows me knows that I love to play poker and do so fairly often. This past weekend was my birthday and I decided to take the day off and head to Jack’s Casino in downtown Cleveland. I have played here before, nearly all last summer, and am known at the casino by many of the staff; including security and the police who work there moonlighting. Last Saturday I was on quite a rush and after taking a short smoke break was attempting to come back into the casino. That’s when “Chris” the security guard said to me, “You’re not coming in here with that shirt.”

I replied, “Sorry man, I’ve been here for hours and have money on the table upstairs, so if you’re serious you’ll have to call your boss because I have to come in.”

The security guard told me he wasn’t calling anybody.

At that time I wasn’t going to push the issues and told Chris that I’d call his boss myself. While waiting for someone to pick up the phone a Cleveland police officer came up to the security podium on his way out the door. As he passed by he said, “What’s up Ademo (many of the cops here know me), nice shirt!” He also gave me a HIGH FIVE.

I said to Chris (the security guard), “See, even the cops don’t find my shirt offensive.” He still said I wasn’t coming in the casino with that shirt on.

Now, for the record, I do not care that Chris didn’t want to let me in for my clothing. A business has the right to refuse service to anyone for any reason. Yet, what bothered me was that Chris wasn’t treating me like a customer. No matter how much he disagreed with my shirt he should have called his boss to ask what to do about my money and hoodie upstairs.

Nevertheless, while I’m still waiting for someone to pick up the phone ANOTHER Cleveland police officer comes over to the security podium and I ask him, “Are you offended by my shirt?”

He says, “No.” And Chris starts to explain to the CPD pig that he told me I couldn’t come in with that on but added, “or he has to turn it inside out.”

At that time I was like, ‘you never said I could turn it inside out!” Thinking fuck it, I’ll turn this inside out, go get my money and leave. Chris confirms that I could turn my T-shirt inside out and enter the casino. I start to take off my tank top right there and am told I had to go outside to do it.

Fine, I thought, and I went outside and flipped my shirt around (I had nearly $3,000 on the poker table).

When I came back in Chris says, “Now I need your ID!”

“We can do whatever we want”, said the unknown cop as he leaned in to see my address.

At this time I was steaming hot. Not only am I being provided a very poor service but now I’m being intimidated and harassed.

So I responded to the officer by saying, “Yeah, well so can I. Fuck your badge.”

That’s when Chris lost his cool and said I had to leave the building now. Not wanting to risk losing my money I started to leave and as I did the Cleveland police officer said, “Fuck my badge huh? Well fuck you, you piece of shit.”

At this time I was able to contact a very helpful Poker Room manager who arranged for security to give me my property and money. I was then told I was banned for 24 hours.

So what’s the point of posting this?

First off, I wanted to share the story since it involves police, the refusal of service and that’s something we’ve been blogging about here.

Secondly, I wanted to point out the difference between a Cop being refused service and when it happens to anyone else. I’m not asking my CopBlocker buddies and their families to harass Jack’s Casino. They’ll face the consequences of their actions, as I will only visit there ONE MORE TIME (Monday morning to speak to the head of Security) and NEVER again after that if my concerns are not resolved. Furthermore, I know they upset a few poker players whose money I had taken and now they had no chance to get back since I was kicked out. This will affect their business and if this problem continues then they probably won’t have a poker room very long.

Lastly, the reason I wrote this is to find out if the Jack Casino is going to the next business to publicly back the blue too. Cleveland is a hot bed for police related activism since the CPD can’t seem to stop killing people. When those with lower incomes come into the casino to play wearing a “Black Lives Matter” shirt will Chris be kicking them out because he’s offended (as was the case with my shirt) as well? Or if I complained about the ‘thin blue line’ t-shirt another player was wearing, will he be kicked out for offending someone? Are I love or film the police shirts allowed? Or will those offend someone too?

Because that’s all I did was “offend” one person. A person who wasn’t even a cop (atleast at the time) or a customer. Yet, I support your decision to make bad business decisions. . .like the decision to use police to protect their business. Maybe that’s why, after a quick glance at their Facebook reviews, it seems security is one of the main issues people have with this business. If Jack relied less on the CPD to do the protection then maybe they’d have more skillful employees who weren’t so easily offended by t-shirts.

So, beware if you’re headed out to the Jack Casino in Cleveland, you might offend someone with your clothing and be thrown out.