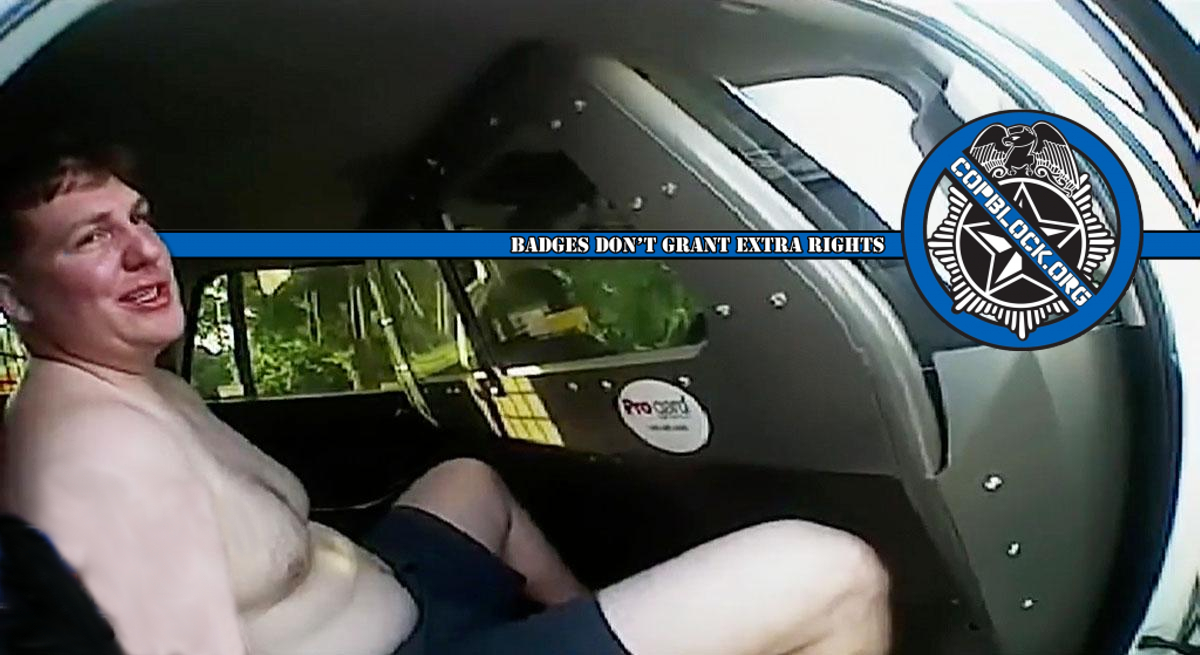 On July 13th, Deputy William Cox of the Somervell County (TX) Sheriff’s Office was arrested after he got drunk, stripped, and fired his gun at a church within a residential neighborhood. During the arrest he fully confessed in a racist rant where he referred to black people as “black coons” and blamed being stressed and upset over the recent shootings of police in Dallas for the bizarre rampage.

In spite of that, no charges were filed against him and thus far his only punishment has been to be fired from the department. That’s partly due to the fact that the pastor of the church chose not to press charges against him. However, several of his actions that night constitute crimes that would normally be filed by the police officers making the arrest. As a result, the failure of the Good Cops at the Somervell County Sheriff’s Office to hold this Bad Apple accountable for his actions has generated criticism not just among members of the community, but even from Ellis County District Attorney Patrick Wilson.

That morning, Ovilla officers responded to a report of shots fired at an Ellis County church about 20 miles outside of Dallas.

When they showed up, they caught body cam footage of Cox, crying as he fires off a boozy tirade while wearing only shorts and sneakers.

In the shocking video, Cox tells a responding officer he shot up the church “cause my boys are getting killed in Dallas,” referencing the ambush during a rally that left five officers dead just six days earlier.

He continued his tipsy tirade, telling the cop that “the black c–n start killing my boys.”

The Ovilla cop cuffed Cox until a sheriff’s deputy showed up.

Cox copped to it all, telling police he was under a lot of stress and upset about the Dallas ambush when he decided to get sloshed, sit in the parking lot and fire his gun at the Shiloh Cumberland Presbyterian Church.

Officers found a .38-caliber revolver, his service gun and 28 bullet casings in his car…

When the Dallas TV station filed an open records request for Cox’s mugshot, all they got back was a picture of a blank wall.

“The complainant dropped the charges,” Ellis County Sheriff Johnny Brown told the Waxahachie paper. “I have nothing to say about it.”

“I cannot understand how these facts escape the narrative of favoritism,” he said.

“How can I dispel that narrative when these facts completely support that?”

DA Wilson says he is conducting a separate investigation and Deputy Cox could, in theory, end up facing charges after all. However, as even he acknowledges, it’s unlikely that potential extra step would be necessary if it was anyone but a cop who had gotten drunk, drove to a church, and discharged a firearm at a building within a residential neighborhood, regardless of their motivations for doing so.