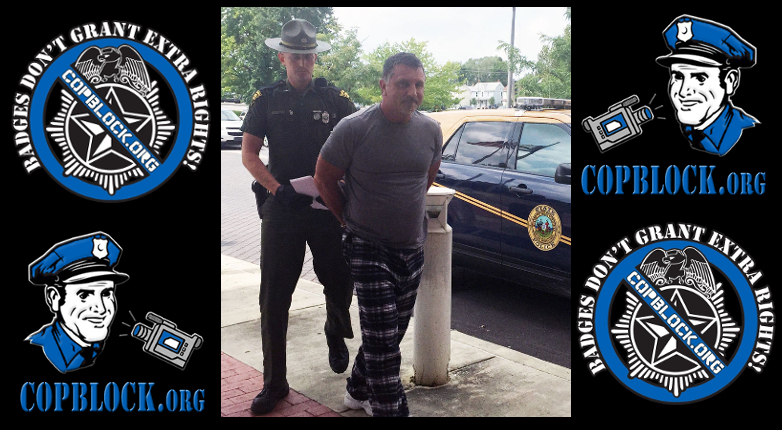 “Is That You John Wayne?“

That’s one theory (that I just made up) for how the conversation went when West Virginia State Police Cpl. M.D. Gillmore realized who the man reportedly suffering a heroin overdose actually was in an early morning call that he and Trooper M.C. Morgan had been dispatched to.

It turned out that not only was it Berkeley County (WV) Sheriff Candidate and 10 year law enforcement veteran John Wayne Orem, but it was also the second time he had overdosed within a 12 hour period. Although it’s the policy in Berkeley County to send police along with EMS in cases where there is an overdose, in case they survive and need to be arrested, they hadn’t actually been notified of an incident the previous night in which Orem had also OD’ed.

On both occasions, paramedics were forced to administer Narcan, a medication that counteracts the effects of narcotics to Orem to keep him from dying. If  video of that exists it hasn’t been released publicly, but it probably went something like this.

As a result of this second overdose, Potential Sheriff Orem was in fact arrested on possession charges, although there is some dispute between him and pretty much everyone else in West Virginia about what exactly happened.

Orem, who was released from custody after posting bail for a $5,000 bond, did not comment about his arrest as he was leaving the Berkeley County Judicial Center other than to say he would release a “clear and concise” statement of what happened later Tuesday.

“It’s no where, no where close to what it seems like,” Orem said.

No further statements by Orem had been received by Herald-Mail Media as of 8 p.m. Tuesday.

Orem was found unresponsive on the bathroom floor of his Harold Drive home Tuesday morning, according to a complaint filed by West Virginia State Police Cpl. M.D. Gillmore.

An EMS official told the trooper that Orem had been administered Narcan, a drug that reverses the effects of narcotics, on Tuesday morning and about 11 p.m., Monday night, during separate responses by medics.

Gillmore said a cotton ball found in a metal spoon, which was located in a bathroom cabinet, later field-tested positive for heroin, records said.

The spoon appeared to have a white substance on it and burn marks on the bottom, records said.

Gillmore said he also recovered a plastic bag which appeared similar to bags commonly used to contain narcotics, in the toilet next to where Orem was laying, records said.

A loose shoelace also was spotted on the bathroom countertop, records said.

As of right now, Orem has made no announcement about whether he will withdraw from the race for sheriff (or sent that “clear and concise” statement) and there is no legal requirement for him to do so. This might probably kinda hurt his campaign a bit, though. (#JusSayin)

State Senator Craig Blair weighed in on the subject, encouraging Orem to drop out and sending thoughts and prayers:

“To me, it’s an indication of how serious the epidemic when a candidate for a law-enforcement office in the second-largest county in the state is addicted to drugs,” Blair said. “We absolutely must address this issue, and we cannot delay. We are losing a generation of West Virginians to this widespread affliction, and our state’s legacy and our youth deserve more. My thoughts and prayers are with John and his family in coming weeks as they deal with getting him the treatment he needs.”

I couldn’t agree more with Sen. Blair that John should get help and that the form of that help should be focused on treatment, rather than punishment, for what is really a mental health issue. However, I think it says a lot about the mindset of law enforcement that a person who is clearly out of control and in need of that help aspired to be the head of the second largest county in the state of Virginia and participate in a system that makes that treatment harder to get (for those not employed in law enforcement) with subjecting oneself to jail or prison time (where drugs are readily available).

I guarantee you that had he been elected prior to his meltdown he wouldn’t have shifted the emphasis of the Berkeley County Sheriff Department’s response to addicts from sending heavily armed men with a tendency to inflict violence to smash their doors down in the middle of the night to that of the medical and psychological treatment that they actually need.