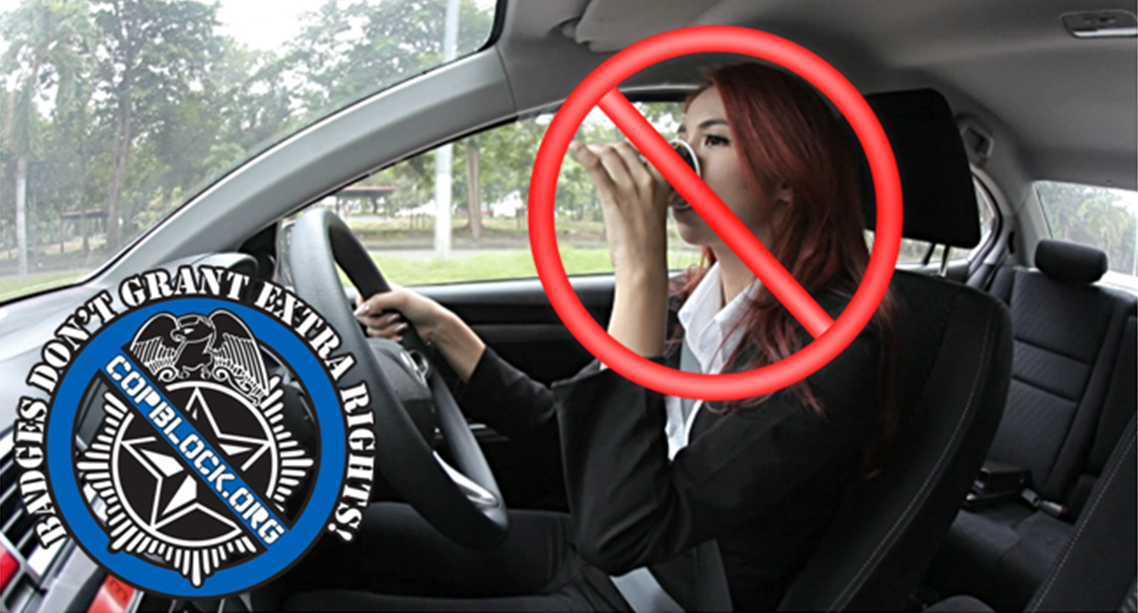 If passed by the New Jersey General Assembly, a newly proposed “distracted driving” bill could impose stiff fines and penalties for state residents caught eating or drinking while driving.

The legislation defines distracted driving loosely as “any activity unrelated to the actual operation of a motor vehicle in a manner that interferes with the safe operation of the vehicle.” This could mean almost anything.

According to NJ.com, motorists caught by police eating, drinking, grooming, reading or using electronic devices would be charged a $200 to $400 fine for their first offense and a $400 to $600 fine for their second offense.

Any third or additional offense would be fined to the tune of $600 to $800 and would be punishable by up to a 90 day license suspension. Additionally, motorists would receive points on their driving records and have to pay court costs.

If the bill passes, it would mean New Jersey cops would have an additional excuse to pull over anyone under the auspices of being “distracted” for almost any reason. The increase in police interactions would invariable result in more misconduct cases and brutality as police forces seek to fill the coffers of local governments.

The great French philosopher and economist Frederic Bastiat defined legal plunder as “the act of appropriating, under the laws, the property of others.” In his 1850 work, The Law, Bastiat defined proper law as “the collective organization of the individual right to lawful defense,” and stated:

The nature of law is to maintain justice. This is so much the case that, in the minds of the people, law and justice are one and the same thing. There is in all of us a strong disposition to believe that anything lawful is also legitimate. This belief is so widespread that many persons have erroneously held that things are “just” because law makes them so. Thus, in order to make plunder appear just and sacred to many consciences, it is only necessary for the law to decree and sanction it.

If we consider it a moral outrage for any other thug – not dressed in a costume and shinny badge – to accost us on the highway with threats of extortion and robbery for drinking or eating in our own property, why would we exempt the agents of the state from the same ethical standard? Either we believe in universal moral principles or we don’t.

Despite the stiff penalties provided by the proposed law, its sponsors, Assemblyman John Wisniewski, D- Middlesex and Nicholas Chiaravalloti, D-Hudson, said it is intended to educate drivers about the dangers of multitasking and not punish them.

Opponents of the measure say however, that the bill is overkill and not needed – especially considering that New Jersey already has laws on the book prohibiting the use of hand-held cell phones and texting while driving.

“This proposed distracted driving law is not needed, since three statutes can be used when a distraction causes unsafe actions, like swerving or crossing a line,” National Motorists Association of New Jersey policy and government affairs director, Steve Carrellas said. “There is unsafe driving, careless driving and reckless driving.”

Carrellas also alluded to the absurdity of the measure’s loose definations and asked, “Would [the bill] make changing the radio station or adjusting the volume illegal? What about talking to a passenger?”

Wisniewski has proposed similar bills in the past – all of which have been voted down. It is unclear when the measure will make it to the Assembly floor for discussion, and no date has yet been set for a vote.