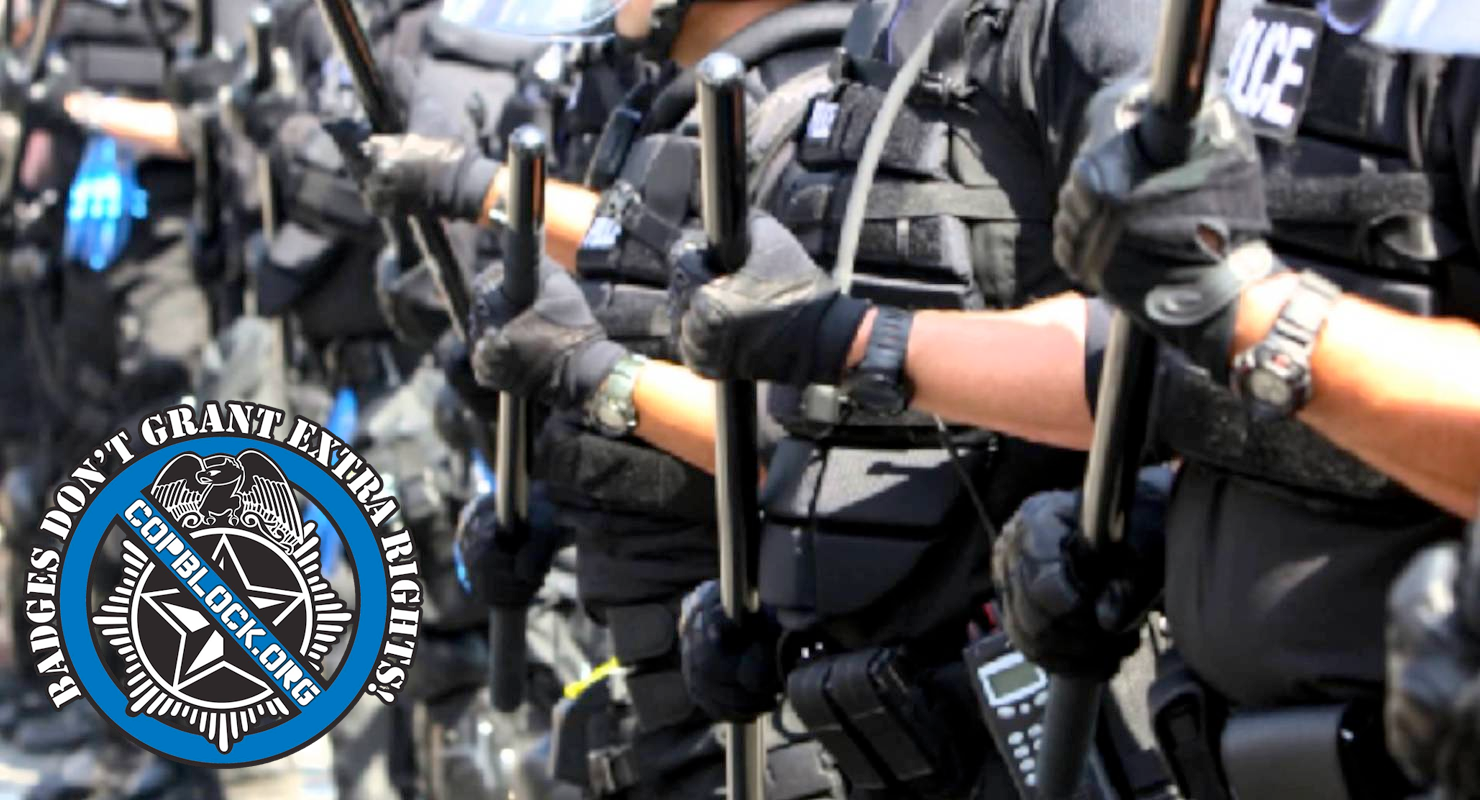 This post was submitted by anarchyst using our Submit Page.

Ever notice that police unions are “fraternal”? This should tell you something. The “thin-blue-line” is a gang, little different than street gangs–at least when it comes to “covering-up” their questionable and quite often, illegal and criminal behavior.
In today’s day and age, “officer safety” trumps de-escalation of force. This, in part, is due to the militarization of the police along with training in Israeli police tactics. This becomes a problem, with the “us vs. them” attitude that is fosters, along with the fact that Israel is a very different place, being on a constant “war footing”, and by necessity, its police tactics are very different.
There are too many instances of police being “given a pass”, even when incontrovertible video and audio evidence is presented. Grand juries, guided by police-friendly prosecutors, quite often refuse to charge those police officers who abuse their authority.
Police officers, who want to do the right thing, are quite often marginalized and put into harms way, by their own brethren…When a police officer is beating on someone that is already restrained while yelling, “stop resisting” THAT is but one reason police have a “bad name” in many instances…this makes the “good cops” who are standing around, witnessing their “brethren in blue” beating on a restrained suspect, culpable as well…

Here are changes that can help reduce police-induced violence:
1. Get rid of police unions. Police unions (fraternities) protect the guilty, and are responsible for the massive whitewashing of questionable police behavior that is presently being committed.

2. Eliminate both “absolute” and “qualified” immunity for all public officials. This includes, prosecutors and judges, police and firefighters, code enforcement and child protective services officials, and others who deal with the citizenry. The threat of being sued personally would encourage them to behave themselves. Require police officers to be “bonded” by an insurance company, with their own funds. No bond= no job.

3. Any public funds disbursed to citizens as a result of police misconduct should come out of police pension funds–NOT from the taxpayers.

4. Regular drug-testing of police officers as well as incident-based drug testing should take place whenever an officer is involved in a violent situation with a citizen–no exceptions.

5. Testing for steroid use should be a part of the drug testing program. You know damn well, many police officers “bulk up” with the “help” of steroids. Steroids also affect users mentally as well, making them more aggressive. The potential for abuse of citizens increases greatly with steroid use.

8. A national or state-by-state database of abusive individuals who should NEVER be allowed to perform police work should be established–a “blacklist” of abusive (former) police officers.

9. Most people are unaware that police have special “rules” that prohibit them from being questioned for 48 hours. This allows them to “get their stories straight” and makes it easier to “cover up” bad police behavior. Police must be subject to the same laws as civilians.

10. All police should be required to wear bodycams and utilize dashcams that cannot be turned off. Any police officers who causes a dash or body cam to be turned off should be summarily fired–no excuses. Today’s body and dash cams are reliable enough to withstand harsh treatment. Body and dashcam footage should be uploaded to a public channel “on the cloud” for public perusal.

11. All interrogations must be video and audio recorded. Police should be prohibited from lying or fabricating stories in order to get suspects to confess. False confessions ARE a problem in many departments. Unknown to most people, police can lie with impunity while civilians can be charged with lying to police…fair? I think not…

12. Any legislation passed that restricts the rights of ordinary citizens, such as firearms magazine capacity limits, types of weapons allowed, or restrictive concealed-carry laws should apply equally to police. No special exemptions to be given to police. Laws must be equally applied.

Police work is not inherently dangerous…there are many other professions that are much more dangerous.
A little “Andy Taylor” could go a long way in allaying fears that citizens have of police.
That being said, I have no problem with the few police officers who do their job in a fair, conscientious manner…however, it is time to call to task those police officers who only “protect and serve” themselves.