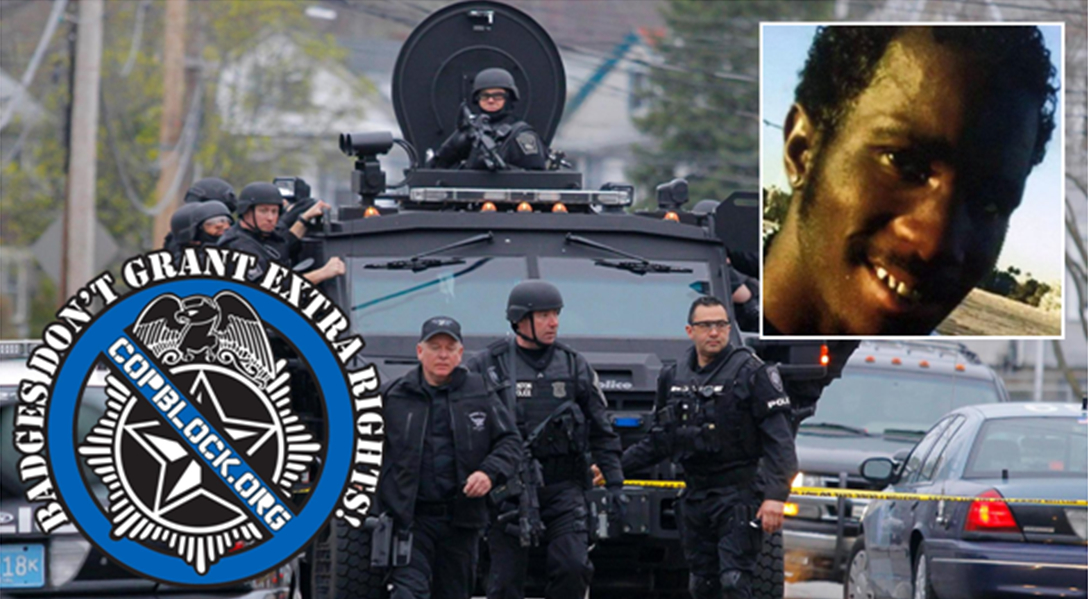 The Los Angeles Sheriff’s Department has admitted that a deputy killed an innocent man after shooting him from a gun turret in an armored vehicle.

Officials said Tuesday that 27-year-old Donnell Thompson was not the carjacking suspect officers were looking for when they responded to a Compton neighborhood on July 28 after the actual perpetrator crashed the vehicle and fled.

A 911 call was made by a man in the neighborhood reporting a man lying in his yard – and police said the first deputy on the scene spied Thompson with one hand concealed behind his back with what looked like a gun close by.

Thinking Thompson might be the car thief, officers called a SWAT team to the area with a militarized police vehicle known as a BearCat. According to Sheriff’s Capt. Steve Katz, the man did not respond to repeated commands so deputies deployed a flash-bang device.

After that appeared to have no effect, Thompson was then shot with two rubber bullets. Katz said he was possibly unconscious until being hit with the non-lethal rounds – but then bounded up off the ground and charged toward the armored vehicle.

It was at this point, that a deputy fearing that Thompson had a weapon and might attack officers, opened fire from the turret of the vehicle with an M4 assault rifle. According to Katz, it was later determined that Thompson was unarmed. He was hit twice in the torso.

Unbeknownst to the cops, the actual carjacking suspect was hiding in a house several blocks away. Family said Thompson suffered from impaired mental faculties and was probably sleeping or frightened, not knowing what to do. As he lie dying on the pavement, other officers in the area where arresting the real criminal.

The incident raises questions about the militarization of police. As of 2014, 8,000 local law enforcement agencies participated in the Pentagon’s controversial 1033 program. The program has transferred over $5.1 billion in military hardware to these agencies.

This equipment includes armored personnel carriers built specifically to resist roadside bombs like the one deployed against Thompson, amphibious tanks, and drones from the Department of Defense. According to the U.S. Government’s Defense Logistics Agency Disposition Services, material worth $449 million was transferred in 2013 alone.

A study released in 2014 by the American Civil Liberties Union, entitled War Comes Home, confirmed that with the help of equipment and strategies imported directly from the United States military, police have become dangerously and unnecessarily federally militarized.

“In a civilian neighborhood, they bring an urban assault vehicle,” Thompson family attorney who has filed a federal lawsuit against Los Angeles County in the case, Brian Dunn said. “The BearCat, it’s like a tank. Their response to this situation was so aggressive. Their tactics were so aggressive.”

On Tuesday, Katz admitted Thompson was innocent during a news conference and maintained there exists “no physical evidence” connecting him to the carjacking. Additionally, he promised a “thorough” and “complete” investigation into the shooting and said the deputy that fired the shots has been reassigned to desk duty. Katz did not however, release the officer’s name.