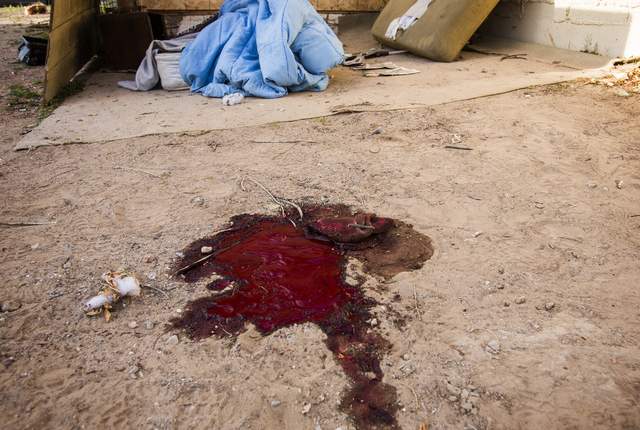 Two months. It’s nearly been two months since an unidentified Wauwatosa officer shot 25 year old Jay Anderson in his car. Residents who’re concerned on the officer’s status, in fact, don’t even know if they’re still patrolling. Anderson’s family continue to grieve, demand answers, and offer one’s of their own. The 20 seconds of footage they were allowed to see in a private district attorney meeting is finally described to the public.

“My kid’s life has not been the same”, says Star Delarosa, “we miss him dearly.” Delarosa is the mother of Jay Anderson’s children, and described him as a good father.  Anderson’s family has said he enjoyed sitting in Madison Park, where he died. Anderson reputedly found the area calming, and used it to relax as people are allowed. It is a park after all.

An unidentified Wauwatosa officer approached Anderson’s car at around 3am on June 23d, after deeming it suspicious. No other explanation for why the officer approached the car was or has been given by WPD officials. At some unknown point, WPD claims the officer saw a gun and fired. It’s not even known if Anderson died on the scene, or what led up to the incident.

Reporters photographed a car believed to be Anderson’s with the back windows blown out. Citing state law mandating police shootings be investigated by an outside agency, Tosa passed the killing to Milwaukee PD’s hands.

Two things stick out about that. For one, having MPD investigate is a largely arbitrary decision. Many shootings nationwide, including MPD’s shooting of mentally ill Dontre Hamilton last year, are investigated by the Department Of Justice. That year also saw WPD shoot a man who brandished a sword at officers. That shooting was similarly investigated by MPD, though earned a press conference featuring Tosa Chief Barry Weber.

Milwaukee’s police department is also under DOJ review itself, after Chief Ed Flynn volunteered. The decision coincided with massive city meetings which welcomed the voices of residents wronged by MPD.

Shortly afterward, it was revealed the department hid it’s use of Stingray technology from courts. The surveillance devices trick phones into giving up user information–from location to text messages–by mimicking a cellphone tower. Wauwatosa PD’s Special Operations Group (SOG)  admits to having collected cell phone data as of 2012. Exactly how the data is retrieved and then analysed is currently undisclosed.

Peaceful protests erupted after no press conference for Anderson’s death was held, and continued for days. Initial gatherings swelled upward to 200, trekking from WPD station to Mayfair Mall. After the mall was temporarily shut down, WPD responded with SWAT units. No physical confrontation occurred, and protests continued peacefully in the streets. Not a single arrest has been made to date, despite protests annoying Tosa residents. Anderson’s family took part in marches demanding footage be released despite WPD oddly stating they requested it be withheld.

Video was later confirmed to exist, though the DA office and WPD seemed to disagree on how it was captured. Whereas the district attorney says dash footage doesn’t exist, WPD says it probably does, but a body cam does not. The city has since dragged on with the investigation, leaving Anderson’s family largely without closure. WPD is very tight lipped on the killing, and hasn’t acknowledged it on it’s facebook page. Instead, comments surface on their threads demanding footage be released.

“I feel like his case got swept under the rug”, says fiancée’ Star Delarosa, “because of the incident that happened in Milwaukee.” She’s referencing the Milwaukee riots, and the shooting which catalyzed them. A 23 year old man, after being pulled over my Milwaukee PD officers, ran with a gun in his possession. Officers fired when he refused to drop his weapon, and died on the scene.

Unlike the Jay Anderson killing, information on the shooter–short of a name–was provided. We immediately learned how long they’d been with MPD, and that footage was captured. That officer was later identified in full with accompanying photo’s, and background information. By comparison, no one knows anything about the shooter in Tosa, or what really happened that night.

“We can’t see the video”, says Jay’s father, who shares his name, TMJ 4 reports. “We want to see what transpired before them showing us this video with my son with his hands up and getting shot in the head four times.” That’s graphic, but accept it as the information WPD has refused to speak of since that fateful day. A protest has been planned for this Saturday, and the family intends to keep it peaceful. All protests in Tosa related to Anderson’s death, in fact, have been peaceful and without incident on the part of the marchers.

The longer this case stays under wraps, the harder it seems to determine what’s true. So many contradictory statements have been made on the part of officials that it’s concerning. TMJ 4’s piece states the footage the Anderson’s saw was a body cam. However, even Tosa’s Chief Barry Weber stated the footage wasn’t from a body cam. Interestingly, Weber made a stance against body cam’s in a letter addressed to the city attached to WPD’s 2014 annual report. That report, and the letter, were withheld from the public until FOIA’ed by CopBlock contributors in 2016. He also originally gave reporters what few details are known on the incident itself, but didn’t know why the officer was afraid. The lack of transparency in this case truly highlights a critical component of WPD which needs tending to.