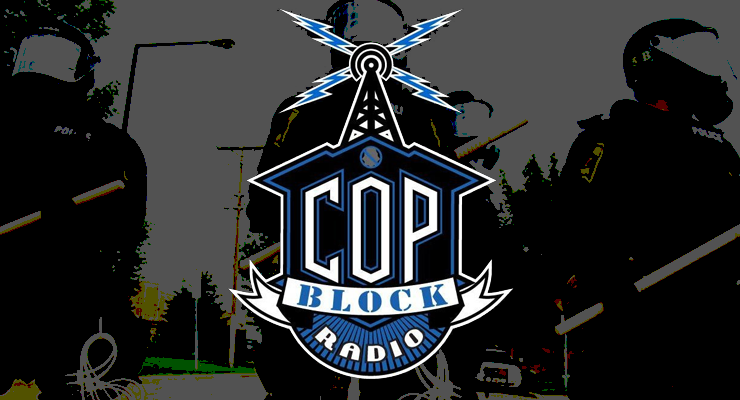 Last week On Copblock Radio our hosts were Matt, Severin and we were joined by the ever awesome DEO!  As a reminder the highest quality edited show, without commercials is located on Soundcloud.

We began our show with CopBlock contributor Isiah. He came on to discuss a recent story he wrote out of Wauwatosa.

Recently, the parents of a man killed by Wauwatosa officers were allowed to view just 20 seconds of captured footage. That day, the DA office allowed  them to view their son dying–and only that. Still, despite an emotionally traumatizing showing, they demand to see what led up to that point. Until then, sporadic protests continue in Tosa until WPD discloses details, and takes responsibility. Read more….

Next we had Amanda join us from Minnesota CopBlock. She wanted to give us a few local updates and fill us in on some plans she has with upcoming events in her area. The area has become a hot bed of activism ever since the Live streamed murder of Philando Castile.

Amanda also brought us the story of Philip Turner AKA The Battousai. Philip recently became a super star due to a viral video where he pulled over a cop for speeding.

Recorded by a dash-board camera and uploaded to YouTube on Wednesday by PINAC correspondent Phillip Turner, the footage shows the man driving on a stretch of road that he said had a 75 miles per hour speed limit.

The dash-board camera reveals that the incident took place on Monday, during the morning, according to Turner, who said in the video he was on his way to court to fight a traffic citation. You can read that full story above or click HERE.

Since Phil himself was running late we quickly covered a new Bill out of New Jersey.

If passed by the New Jersey General Assembly, a newly proposed “distracted driving” bill could impose stiff fines and penalties for state residents caught eating or drinking while driving.

The legislation defines distracted driving loosely as “any activity unrelated to the actual operation of a motor vehicle in a manner that interferes with the safe operation of the vehicle.” This could mean almost anything.

According to NJ.com, motorists caught by police eating, drinking, grooming, reading or using electronic devices would be charged a $200 to $400 fine for their first offense and a $400 to $600 fine for their second offense.  Read the full post HERE.

We were finally joined next by Phil! It’s always great to have him on. He was a superstar to most of us before pulling over the cop. The man has single-handedly  taken on the practices of Texas police and has flipped the topic on its head. Between viral arrest videos and the lawsuits that followed, Phil is a one man accountability machine.

You would never know it to talk to him though. He is as humble as is he brave.  Its always a pleasure to talk with him. We certainly can’t wait to see what he does next.

This wraps up the show for the week. Be sure to tune in LIVE tonight (8-17-16) for a brand new show. Our special guest will be live from the riots in Milwaukee. Tune in and even watch past shows on the radio show home page HERE