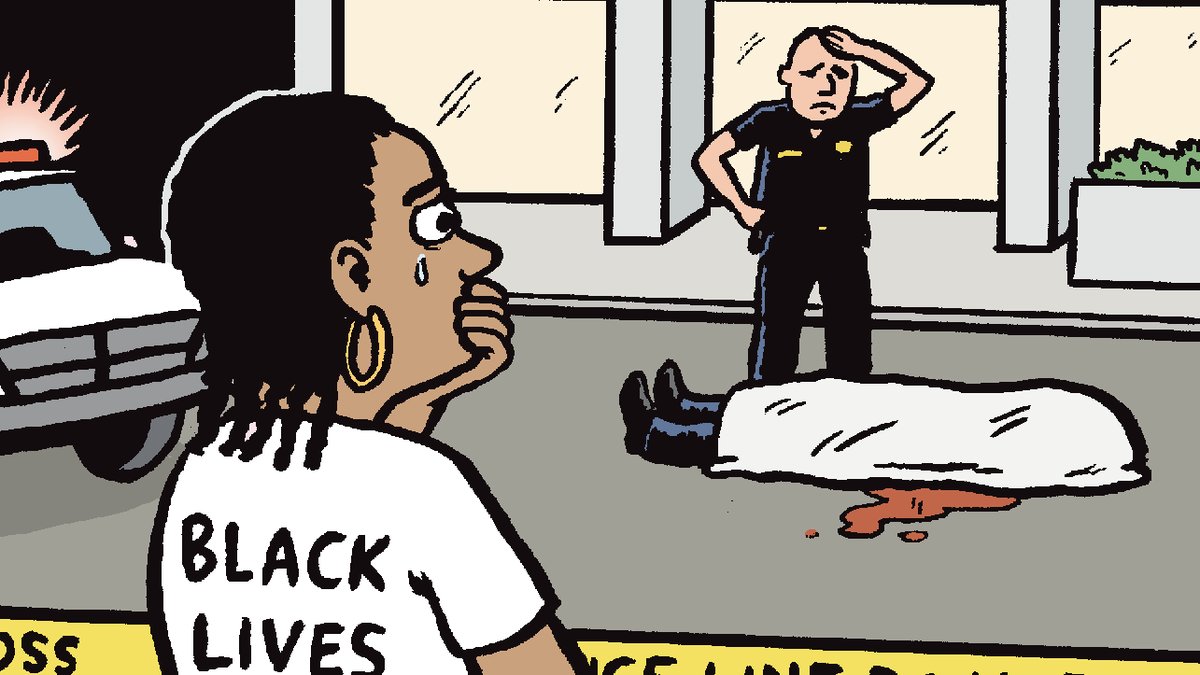 We always seem to hear how “the police are just regular people who make mistakes”. We hear this because it’s an easy way to get the public to turn a blind eye to reality. However, if they are “just regular people”, why do they get the free pass on their mistakes when they rarely allow even the most modest of mistakes by the citizens?

No, they are not “just regular people” when it comes to their duty. No more than doctors are “just regular people” when it comes to caring for your loved ones. Hell, even athletes are held to a higher standard than the police. If Tony Romo throws an interception, he needs armed guards to protect him from the backlash. If a cop wrongly kills someone, well, they are just a plain old human who doesn’t have special powers to know what they are doing is wrong.

The fact is, the police are actually held to an even LOWER standard than “regular people”…

“We are asking more of average citizens than the police. Police should not have to think before acting, but the person they are attacking should…it’s lunacy, truly.”  ~Tim Wise

Here is an example of the conundrum. If a cop encounters a tense situation and mistakenly kills someone, it’s because they are actually trained to act without thinking. However, if a citizen is mistakenly attacked by the police, in the court of public opinion, they are not allowed to have their own natural defensive response. That will get them shot and have the public yelling – “You should have ignored your instincts and reason and just complied no matter what.” Yet because police do it out of trained responses, it is somehow acceptable for them.

The police look for any avenue they can come up with to be excused for their “mistakes”, but they really don’t have to look too far. The majority of the public blindly allow it based on even the most nonsensical reasoning and dismissal of their actions as an “oops”. That’s because most people go through life automatically assuming that any results of a police action were dogmatically the best result possible. This reasoning misguidedly states that their police training puts them on some kind of higher plain than the rest of us.

Not only are they casually disregarding the “mistake” that possibly cost a person his life, they will even go so far as victim shaming in order to create a defense for the action. If a person gets shot, they probably did something to deserve it. They should have obeyed the officer’s orders. Heaven forbid that you look at things objectively and see the fault in their actions. That will get you marked as a “police hater”, a shortcut dismissive used as a way to void all your valid points. It’s as though they believe that it’s impossible to support police in general and find specific faults simultaneously. ven in the face of video proof, you will hear the ever present – “the officer couldn’t risk it” -or- “the officer had to think fast” – etc. Nothing more than acceptance and tolerance of that which is unacceptable and intolerable without great leaps of mental gymnastics. The real problem is, the people that give those free passes are rarely victims of this kind of act. They don’t bother to look at the facts, or consider the circumstances from a different perspective than their own. Simply cops=good, dead guy=bad.

You have to wonder, however, would these same people give that same free pass if a doctor misdiagnosed a disease, or made a fatal mistake in the operating room. Would they accept the results so easily? Doctors are “just regular people” too, but if they make a critical mistake, they will be held accountable. As would any other profession.

Except for the police.