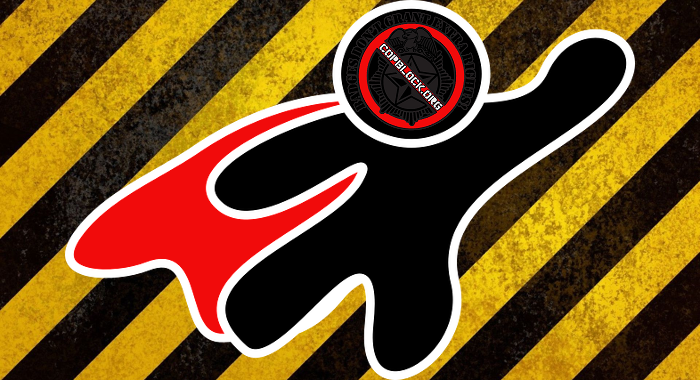 The word ‘hero’ gets thrown around a lot by police and their supporters, but when you examine what makes a hero more closely, police rarely ever qualify.

Heroes Are Individuals Taking Risks, Not A Group with Support and Distributed Risk

Policing is not an individual sport, it is a team endeavor. Police are part of a grand network of other police whose support they can rely upon. An officer’s individual risk is mitigated by the group, and they are less likely to have to face consequences for any actions.

Heroes act alone, in the heat of the moment, with all of the risks and consequences for their actions laid solely upon themselves.

Heroism Is Not A Job & Heroes Do Not Seek Payment

A police officer can make it through their entire career without a single heroic act. In fact most cops spend thirty years generating revenue without any dark or bright spots on their record. Yet if they do show bravery and courage in their line of work, that has nothing to do with being a police officer, that is individual greatness. Yet since their risks are mitigated by the group – and since they are getting paid regardless of individual acts of greatness – and since they receive benefits that reduce consequences of their actions – it is not so much heroics as just doing their job. Let’s not even get into the taxation theft that funds them.

Heroes are not made over the course of a career but in the moment of bravery and courage which finds them fighting against all odds to do what they believe is right – not for a paycheck or the hope of a reward.

Heroes Do Not Hurt Others Only To Protect Their Selves

Police regularly use force against citizens because they got scared. Their own lives and safety are their first and foremost concern. This is a result of police culture ideologies as well as departmental policies alike. Officer safety has become a catch all for unnecessary violence against non-threatening citizens across the country.

“I feared for my life,” is not in the heroes vocabulary. Putting the lives of all around you before your own is what heroism is all about.

Heroes Are Not Trying To Be Heroes

Police insist that they are heroes. They remind us all of the time that they are heroes. Their families and friends unquestioningly repeat this empty rhetoric. The idea has become so culturally pervasive as to become meaningless. If all it takes to be a hero is less than a year of training and a shiny badge, then being a hero is itself meaningless.

True heroes did not sign up for it, nor did they plan and train for it. It just happens, and when it does they are often insistently humble and hesitant whenever the ‘H’ word comes up. Real heroes were not trying to be a hero, they just are.

There Is No Such Thing As Hero Flag

Police have their little thin blue line flag to represent and epitomize a pervasive culture and ideology amongst themselves. Policing is not just a job, it is an entire lifestyle and worldview. It is one that is almost unilaterally shared down to the most minute detail by the majority of individual officers. They even have their own fan club.

There is no hero culture. There is no Hero Fan Club. Every hero is an individual whose heroism is a result of an act of individual courage and bravery. No two heroes are tied together merely by group identity. As far as heroics goes, it is all about the individual.

In the beginning I said that police rarely ever qualify as heroes. There are obviously exceptions, but in my book the most heroic thing a police officer can do is fight against the corruption, abuse and violence of other police. Only then are they acting as individuals, and not cogs in a machine that is far less than heroic.