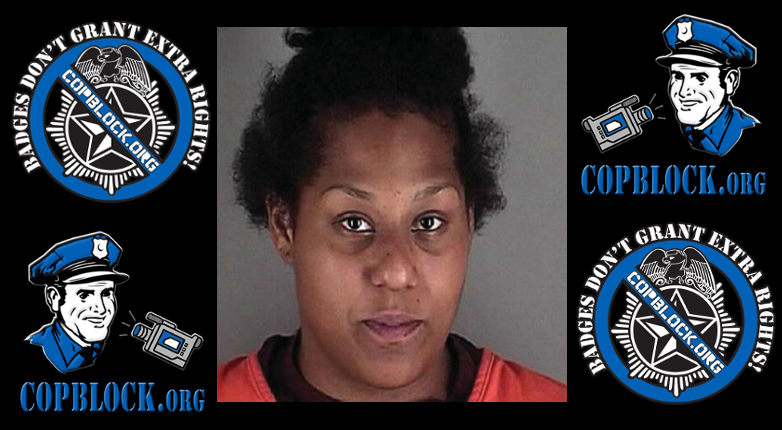 Earlier this month, a St. Louis Park (Minnesota) police officer was arrested for driving drunk after hitting a parked car outside a bar that she (presumably) had been getting drunk inside.

More surprising than the fact that she was an off-duty cop, had attempted to flee the scene, or even the fact that the cops who caught her actually arrested her was that she chose that moment to display a bit of workplace discontent. She’s also apparently a fan of NWA and was in dire need of a bathroom break.

So yeah, this happened…

Chaunte Lee Ford, 27, is charged with third-degree DWI, collision with an unattended vehicle, careless driving, and interfering with a peace office for the Aug. 5 incident outside of the NE Palace Bar.

According to the criminal complaint, an off-duty police officer was walking toward the bar when he heard a loud crash. Multiple patrons standing in front of the bar yelled and waved their arms, saying the car that hit the parked vehicle was driving away. The off-duty officer saw a Toyota Scion driving slowly down Lowry Avenue with the front airbag deployed. The car was also driving on the rim of the right front tire.

When asked if the Scion was her car, Ford began to cry and said that she was a police officer and that she was sorry. As other officers arrived, Ford stood by the trunk of the car, hysterically crying. According to the complaint, she said, “I f—ed up!” several times.

Ford was allegedly “hostile to the officers” and made “obscene gestures and comments toward them.” When asked if she needed an ambulance, Ford yelled, “F— you. I don’t need an ambulance. F— that and f— you.” She also made general anti-police statements such as, “F— the police! I f—ing hate cops and I hate that I’m a cop! All you guys do is harass black people!”

BTW, I’m not gonna say she’s wrong in her statements, in fact I think more cops should be honest about the nature of their profession, but #JusSayin that probably wasn’t the time or place to come out with it. Based on the past behavior of the Good Cops who show up and find a Bad Apple drunkenly ramming into things, there’s a pretty decent chance she would have just gotten a ride home and very disappointed look from them and possibly a slightly sore wrist.