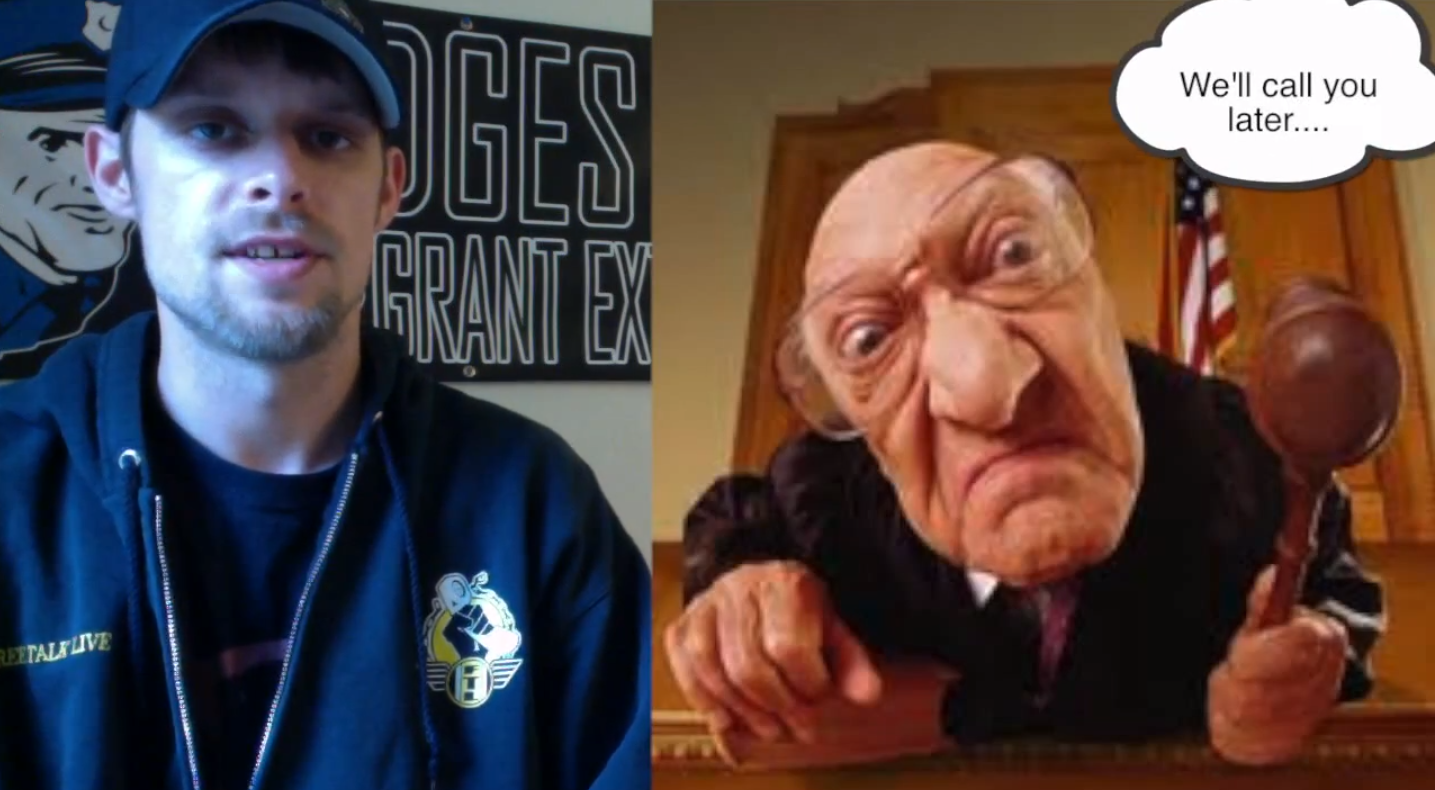 Below is a video I shot and edited explaining some recent court room drama I’m trying to weed through. In sort, I’m very close to being sent to jail for two months because court employee’s are inadequate at full filling their daily tasks. Something as simple as making a phone call and sending mail has become an utter mess and a major pain in my butt.

Even when the mistake is clear as day the state, particularly Kathleen Broderick and Judge Brown, still argues that the fault is mine, even to loosely suggest that I’ve violated bond in the process. Watch the video below and see for yourself.

Hopefully someone will see this video and give me the trial I deserve. I’ll make some calls on Monday or I should have a hearing in District Court (Manchester) soon. At that time my case will either be sent back to Superior or I’ll be jailed because someone in Superior can’t mail a letter.