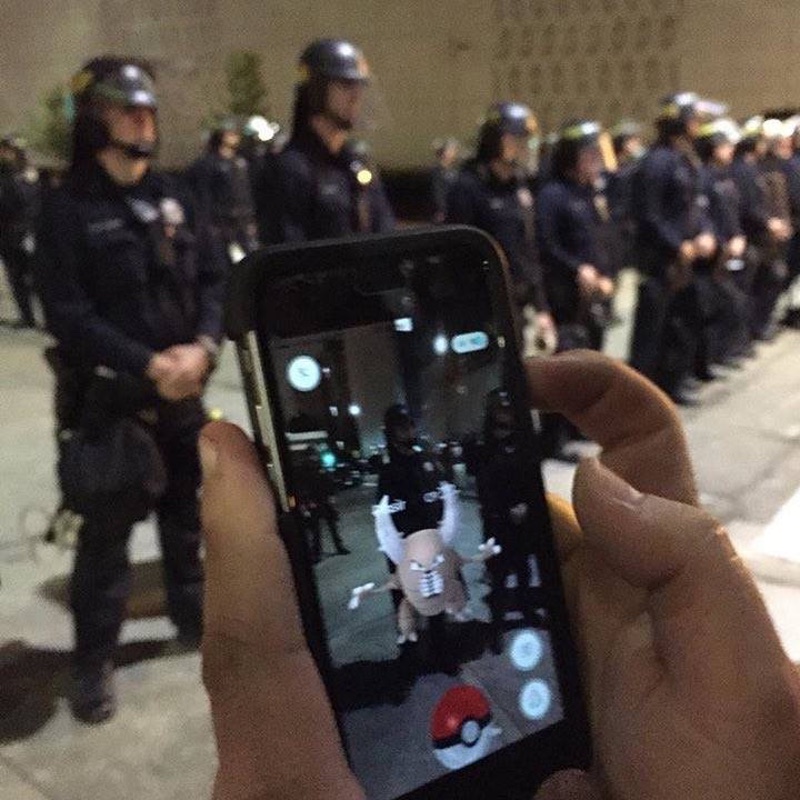 The Commerce City police department has been under Federal investigation due to years abuse and misconduct. The crimes committed recently by officers sworn to uphold the law include, sexual misconduct, filing false reports and evidence tampering. The behavior of the department’s officers makes it appear that these cops are more interested in committing crimes and victimizing people than they are in upholding the law or keeping you safe.

To put the icing on the cake they’re lazy little pigs as well. Two officers in charge of training were just caught leading their trainees on Pokemon’ GO expeditions instead of teaching them how to be “good cops”.

The following was submitted by Steven Talley. If you have a story of police misconduct or abuse please share it with us by using the submission tab or joining the CopBlock Network.

Police work isn’t supposed to be fun and games.

And a pair of Commerce City police training officers learned that lesson the hard way and are no longer training recruits after superiors discovered they were leading their charges on Pokemon Go expeditions instead of showing them the law enforcement ropes.

The officers were removed from field training duties last week.
Instead of looking for bad guys, the officers and recruits were using their mobile device’s GPS capability to track down virtual critters, called Pokémon, who appear on game player’s screens, as if they are nearby.

“When supervisors discovered this performance issue, it was immediately addressed; the officers’ training duties were removed and these duties have yet to be restored,” Julia Emko, Commerce City spokeswoman, said on Tuesday. “The city takes reports of misconduct very seriously and investigates such claims, taking decisive action when appropriate.”

The news comes after the U.S. Department of Justice agreed to a request from the Commerce City Police Department to review that will include a look at hiring and recruiting practices.

The department requested the review after incidents of officer misconduct. Two officers were charged with crimes committed while on duty. Kevin Lord, pleaded guilty to evidence tampering after making a false report that he had been shot, and John Reinhart, faces three misdemeanor counts of unlawful sexual contact for allegedly touching women during traffic stops.