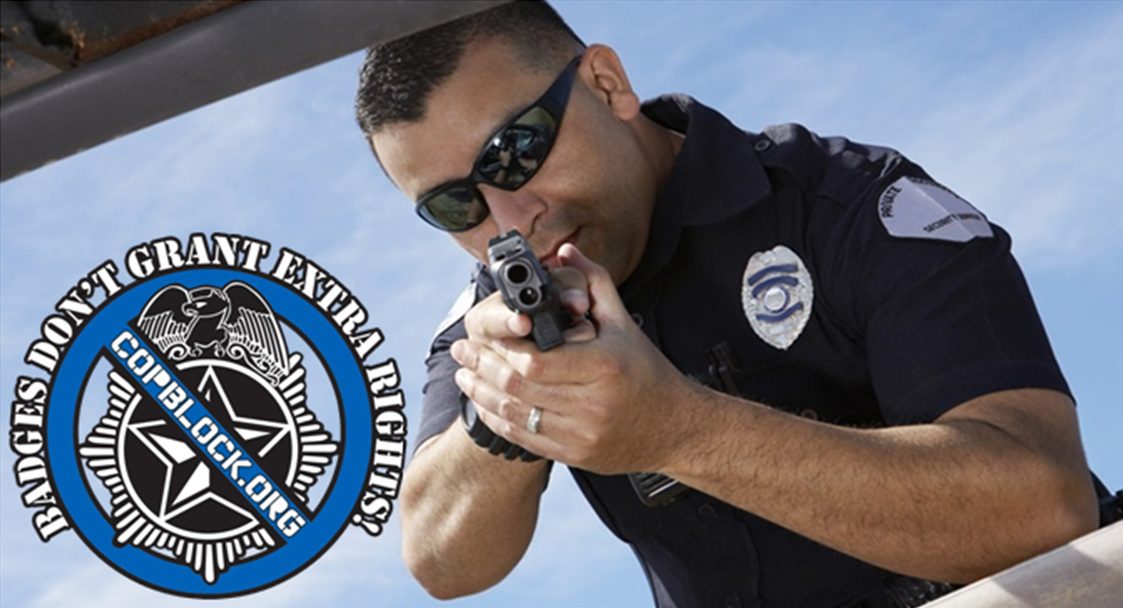 In yet another case of a botched police response to a crime, an Indianapolis cop shot a home owner he mistook for a car jacking suspect.

Officers with the Indianapolis Metropolitan police department responded to the 3600 block of Foxtail Drive near 38th Street and North German Road at around 4:30 a.m. on Tuesday after receiving a call about an attempted armed robbery.

According to police, a woman was making her way home from work when a man with a gun approached her and demanded her car. She threw her keys and then ran inside before her husband came out with a gun in case the robber was still around.

Already on the scene, an officer shot the woman’s husband once in the stomach believing he was the suspect. The man remains in the hospital in serious condition.

“The vehicle that was the target of the carjacking and robbery was still in the driveway,” IMPD Assistant Chief Randal Taylor said. “Officers weren’t initially sure if the suspect was still with the vehicle. The husband was out with the weapon, and unfortunately the husband was shot by one of our officers.”

Police said it isn’t clear what, if anything, was said between the man and the officer – and that it does not appear that the homeowner fired his weapon. The officer was not hurt.

Similar incidents often occur. One of the most recent involved an elderly Upper Deerfield Township, New Jersey man, who was shot after state troopers responded to the wrong home after receiving a 911 call.

The troopers unloaded multiple rounds through 76-year-old Gerald Sykes’ sliding glass door after arousing him and his family from sleep and he appeared armed and startled inside the home.

Sykes was struck multiple times during the exchange of gun fire in which he fired one shot from his shotgun at the suspected prowlers. He was airlifted to Cooper University Hospital in Camden in critical condition but has since recovered.

The officer involved in the Indianapolis shooting will be placed on administrative duty, police said, and an Internal Affairs investigation will be launched to look into the incident. A grand jury will also review the case. The real suspect is still on the loose.

“Our prayers and thoughts are certainly with him and his wife and the rest of their family,” Taylor said. “It’s an unfortunate occurrence.”