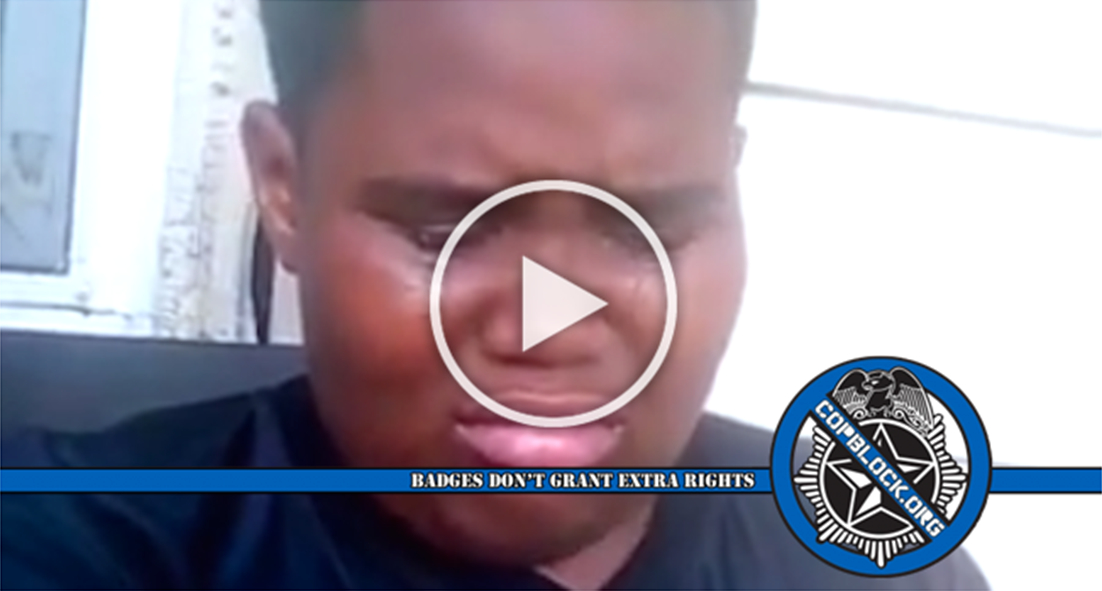 A video posted to Facebook shows a terrified fifth-grade boy sobbing after shotgun wielding New Jersey cops, thinking he was an armed robbery suspect, chased him through his neighborhood.

Ten-year-old Legend Preston was shooting basketball when his ball went into the street on Aug. 14. According to his family’s account, he ran after it and was approached by Newark police officers who broke off their pursuit of the robbery suspect and began chasing him.

Family said a frightened Preston thought the cops, who had their guns drawn, were chasing him for running out into the street after his ball. They ended up chasing him into an ally behind his house.

The boy said neighbors and friends formed a human shield around him in order to protect him from the police, shouting “This is a child!” The cops reportedly responded to the crowd by saying, “He matches the description.”

“Some police started coming this way with guns pointed at me, and then I ran into the backyard,” Legend said. “I ran because they thought that I rolled the ball into the street on purpose, and they were just holding shot guns at me trying to shoot me.”

Preston was left visually terrified. In the video uploaded to Facebook by his mother, he is seen crying and shaking saying, “They tried to shoot me… the cops.”

“They chased down my 10-year-old son with loaded shotguns ready to shoot because they said he matched the description of the over 6 foot tall man, dark skin with long locs…which my son is none of,” Patisha Preston said on her Facebook page. “They had pictures of the perp whom was in eye sight running down the next block!!!”

Patisha Preston said the officers didn’t apologize to her or her son following the incident and maintained that she turned her attention to Legend in order to document what occurred before her cell phone’s battery died.

According to Newark police, the officers who responded to the scene did have their guns drawn but didn’t aim them at the boy. They referred all questions to the Essex County Prosecutor’s Office, which has launched a probe into the incident.