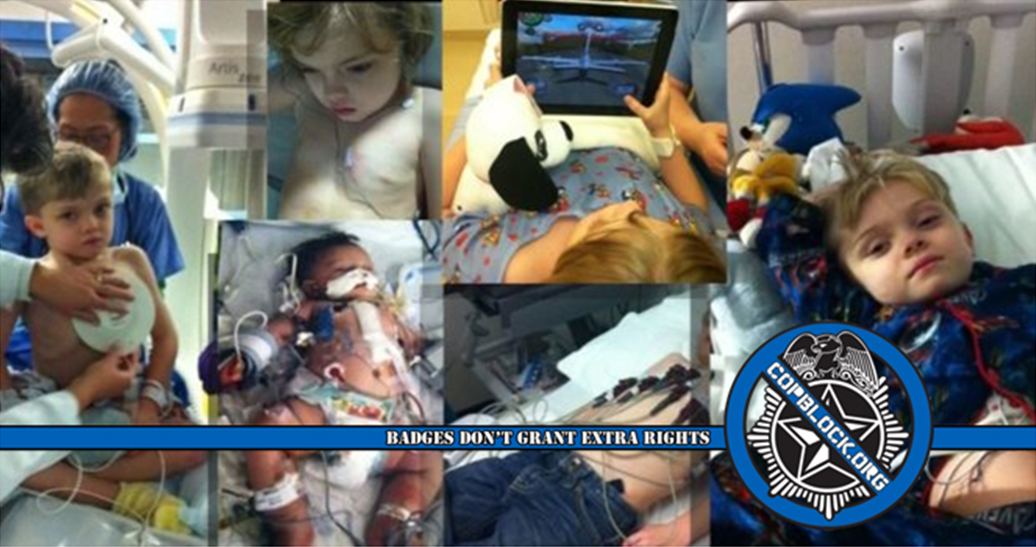 A 9-year-old Minnesota boy was detained by the TSA, DHS, and police officers in an hour long ordeal that his mother said left him with nightmares.

According to Ali Bergstrom, her son Chille was born with Golden Hars Syndrome and suffers from four heart defects that has forced him to have 15 open heart surgeries and be implanted with a pacemaker.

The Bergstroms fly frequently. As a result of Chille having a pacemaker, they have to request alternative screening because X-ray machines and traditional metal detectors may interfere with the device. The family had never experienced problems until Saturday morning.

At Sky Harbor Airport in Phoenix, Bergstrom said she and her son “were told immediately by the TSA that he was not allowed to be screened alternatively and instead would need an exemption.”

Bergstrom said she had never been required to request an exemption before, but as a result, Chille was detained by “the head of the Department of Homeland Security for the entire airport… supervisors, and managers with ten other people from TSA” for over an hour.

“And four police officers,” Chille told reporters. “With everything, guns, Tasers, all that. It was really terrible. The representative said ‘We will find you and apologize,’ and you know what they did? They did the exact opposite.”

Bergstrom said the exemption screening was arduous and demeaning with one of the TSA agents telling her the agency had “prevented terrorist attacks using nine-year-old boys with pacemakers and children before.”

“I laughed and said, ‘Oh when?’” Bergstrom said. “At that point, the TSA agent became very quiet and said, ‘Oh we’re not at liberty to discuss this.’”

The mother said the manner by which her son was processed was dehumanizing, discriminatory, and humiliating. She maintained that Chille “woke up with nightmares on Saturday night and on Sunday night” after going through the ordeal.

TSA Spokesman Nico Melendez wrote in a statement addressing what occurred that, “TSA is committed to ensuring all travelers are treated with respect and courtesy. TSA is reviewing Saturday’s incident and working to contact the family.”

According to Bergstrom, the agency had not contacted her, reached out, or apologized as of Tuesday. She said Chille will soon undergo his sixteenth open heart surgery. If successful, it could be his last.