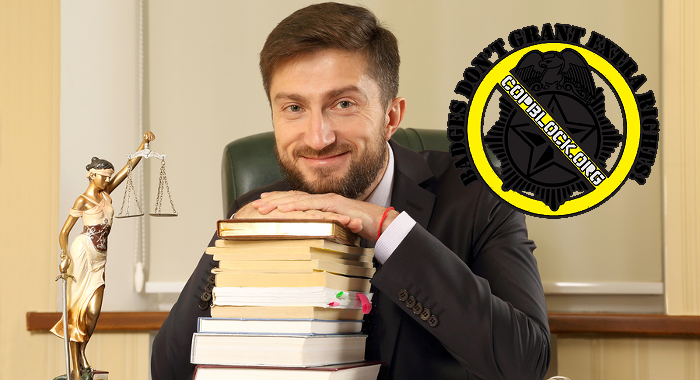 The following piece came to us via the CopBlock.org Submission Page from reader Clint Berry. I cannot confirm his allegations, but I can empathize with his position on corrupt lawyers and their regular collusion with other limbs of our failed justice system.

From my own experience there is a lot of truth to what he says about legal representatives. This is an inescapable outcome of members of professions who work together on a regular basis, they inevitably build working relationships that influence their work and compromise their ethics.

I titled this “Copsucker Attorneys” because one major problem, according to my experiences, is that many attorneys side with cops. Let me give an example.

I contacted an attorney named Bob Wyatt from Oklahoma City. I asked him if he could represent me regarding a case involving the FBI, the sheriff of Stephens County, Oklahoma and a police dept in Duncan, Oklahoma. He sounded very sympathetic over the phone, but something changed between the time I hung up the phone and arrived at his office.

Once I arrived there he immediately said “You need to make this quick, I don’t have much time”. I tried to explain to him the situation, that I had been harassed for years by the Stephens County Sheriff’s Office, the Duncan Police Department and the Jefferson County Sheriff’s Office. I explained that the harassment involved searching my car without a warrant on several occasions, pinning me down on the ground and kicking me, following me to restaurants and grocery stores, placing handcuffs on me and then searching my car without arresting me and having me placed under surveillance for 6 years or longer.

He quickly interrupted with “Did you say you’re from Jefferson County?”

He replied with “I’m sorry I might have a conflict of interest in this case as I happen to have a friend who is deputy for the Jefferson County Sheriff’s Office. I’m sorry but I can’t help you”.

I asked if he could recommend me to another attorney who can help. He replied ” You come in here and waste my time about a case that in all probability will not run in your favor, and ask me if I know anyone else who can help you? I’m sorry I’m late for a dinner appointment my assistant will show you out. Good day.”

If we are ever going to stop the corruption in the police departments we’ve also got to expose Copsucker Attorneys who are a major part of the problem. Most people believe attorneys are there to help in harassment or police brutality cases, however that is not the case for many attorneys – especially in the state of Oklahoma. The good ole boy system is still thriving in the state of Oklahoma where backwoods southern lawyers pat the backs of the local sheriffs and their deputies.