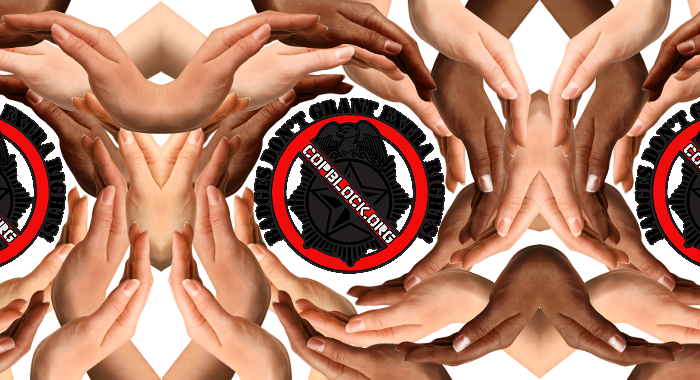 The following is the opinion of the author only. Among Cop Block Contributors there is a wide array of opinion about BLM stretching from support to disdain, and all points in between. This writing is one of support.

When criticizing Black Lives Matter individuals are likely to cite a battery of statistics which support their leading assertion that black people get more police abuse and harassment because they commit more crimes.

Here is an example of such sentiments.

Dallas Police Shooting: Race War Is Not The Way To Change Police

To begin with, there is no THEM. We are all individuals. Skin color does not make you part of any social group. Every interaction between police and an individual should be measured by its own merits, and not automatically excused by some statistical construct that justifies profiling.

There should be no argument among police critics that profiling is a despicable practice. Using statistics to deny it exists is meaningless dishonesty since we have been given testimony by many police employees that profiling exists. There is even evidence of it in many cases, and this recent one couldn’t be any clearer:

Another problem when viewing policing and race is that it is not just overt police racism that is at issue. The statistics which show racial disparities in crime rates also have a story in the machinations of the state. Let us examine what happened midway through the 20th century.

After the second world war, America entered a great industrial boom cycle, as well as a population explosion. All throughout the south small parcels of land awarded to former slaves and passed down for generations were being bought up by industrial farmers, often with little choice to the sellers.

As they began to work their way into the cities, industrial builders saw an opportunity to profit from large scale housing projects. The problem was that the intended residents could not pay for the housing, so contractors got the state to foot the bill by making them government funded low income projects.

Besides the obvious issue of concentrating so much poverty and racial segregation into these post war housing projects, another major issue emerged. Not just anybody got to stay in the projects. Government mandates stated that full families did not qualify, and that only single parent families would be allowed. Not wanting to destroy their families chance at affordable housing, many men parted to live in the various ghettos of their prospective cities.

While wanton violence and criminality born of lack of direction and circumstances were becoming staples of life in the projects, from the ghettos gangs began to emerge. These gangs were the new families of the disenfranchised and were often a response to racism and police brutality, collective forces meant to protect their selves from institutional and ideological violence. Gang affiliation helped keep individuals safe from klansmen and police alike, where often the two were the same.

Drugs became not just an escape from this harsh reality, but an easy way of making a dollar for those social outcasts considered unemployable. They interwove with life in the ghettos and projects alike.

In the 70’s Nixon launched his ill-conceived drug war, which has since been revealed as a deliberate plan to target minorities and the lower classes. With the imprisonment of more and more black men, even more social strength and discipline was lost. And when the imprisoned began returning home from their stay in the states Universities of Criminality, things got even worse.

Now we find ourselves several generations into this situation, and life for many black people means decades of disadvantage that are nearly impossible to escape from. Institutionally and culturally. So when we remark on how much black crime there is, we cannot ignore the reasons it came to be that way.

It is not that black people are inherently violent or criminally prone. It is that the profit schemes of oligarchs and government officials have created an inhumane situation in which any race of people would be similarly affected.

When critics of police and the state forget to mention that, they are being intellectually dishonest. Often their irrational judgments are an outbreak of frustration in the failure of BLM activists to address the nuisance that the state causes to all races and classes. At the same time they are without any perspective of the experience of being black, and so are dismissive and intolerant of the passions found in those activists.

While I do not condone counter-violence or wanton destruction, I do understand of what it was born, and those things I cannot dismiss. Therefore my goal is not to criticize BLM as a movement, ideology or message. I understand and accept the pain that manifests in burning cities and race-informed statements.

But I also want BLM activists to know that if you confine your message and goals to race, you will fail. Racism is a symptom, but the disease is the state. The very force which has destroyed the foundation of black lives cannot be counted on to be the solution. The state is an apparatus for managing inequalities, and it profits more greatly the more inequalities it can create. Whether by race, class or some other division, every state must have inequality to give it purpose.

Racism is a very painful symptom. Yet the disease requires an expansion of the narrative and a willingness to ally with other victims of the state as a cure. Only by working together can we defeat our common enemy, the great enslaver – the state. If this can be the first priority of every one of us we can find common ground and work together.

If the race dominated narrative of BLM activists continues then it will be used against it by the media and the government. There is a legitimate complaint in that narrative, but it is up against social forces that dissect it and rearrange it for their own ideological purposes. Now is the time for making allies, not making points. The stakes are too high to let the method interfere with the goal. If the goal is the end of oppression to every single human being, then only one message matters – abolish police and the state.

I invite BLM and activists of any persuasion to reach out to me to explore ways we can work together towards a common goal. You can reach me RIGHT HERE on Facebook.