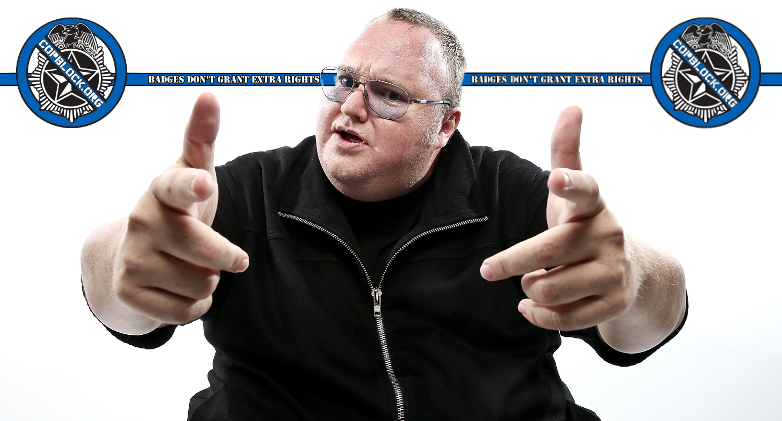 Update: the livestream link has been added at the bottom of this post.

A New Zealand judge has granted Kim Dotcom’s request to livestream his hearing over an extradition request by the United States government to face copyright and money laundering charges based on his ownership of the online file sharing site “Megaupload.”

Dotcom has been fighting extradition since a 2012 raid in which he was arrested by New Zealand police on behalf of the U.S. Justice Department, who in turn were acting to protect the copyright interests of U.S. movie and music companies.

Officials from the United States also attempted to use civil asset forfeiture laws to seize millions of dollars in property and cash from Dotcom. His legal team has been fighting an up and down battle over that effort since his arrest with New Zealand courts ruling in his favor, but U.S. courts (surprisingly!) ruling against him.

While the United States government maintains that Dotcom’s fight against extradition makes him a fugitive and therefore allows them to freeze his assets, he has countered that such a policy prevents him from exercising his legal right to fight against being extradited to a country he has never even visited before.

A major issue in the case was whether a government could hold storage providers liable for users’ acts and the issue was of widespread global interest, he said.

“We hope the court finds in favor of Livestreaming so the global community from Silicon Valley to Wellington, New Zealand, can access the courtroom in a case that can impact the entire internet community,” (Dotcom’s lawyer Ira) Rothken told Reuters in an email.

Rothken said he expected the judge to make a decision on live streaming on Tuesday.

A spokeswoman for New Zealand government prosecutors, who are representing the United States, said it was not appropriate to comment while the matter was before the courts.

Lawyers representing the United States had previously argued that Megaupload’s practices, such as paying rewards to repeat copyright infringers, were evidence that Megaupload was made with the aim of providing access to pirated files.

Years of legal wrangling followed Dotcom’s arrest in New Zealand police raid in 2012, and it emerged that the Government Communications Security Bureau had illegally spied on him before the raid.

The case has been watched by the media industry and developers in the file-sharing business for signs of how far the United States is willing to go to protect U.S. copyright holders.

Megaupload accounted for about 4 percent of total traffic on the Internet in its heyday as users stored and shared files containing everything from wedding videos to Hollywood films.

Kim Dotcom stated prior to the ruling (via Twitter):

According to another Twitter statement by Dotcom, the livestream should begin as early as today (August 30th).

Live stream will start tomorrow. The cameraman needs to set this up professionally and implement the Judges live streaming rules. #winning

Once all that is worked out, a link will be provided to the video feed:

I will post the live streaming link here ASAP. This is breaking new ground. New Zealand at the forefront of transparent Justice! Leadership!

Meanwhile, Kim Dotcom has framed his case as a larger battle against corruption by the United States and for personal responsibility by the users of a service or product. According to him, providing everyone the opportunity to witness that was the main motivation behind wanting to have the hearing(s) available for public view.

A few moments ago I caught up with @KimDotcom to discuss the live-streaming of his extradition appeal pic.twitter.com/47Rz9n3FWN

This is the @toby_etc we love. Liveblogging the livestream: The Kim Dotcom appeal. I want to read this on day 48 :-) https://t.co/MikbmqYJDG

Kim Dotcom vs US Empirehttps://t.co/STzp3hncYU