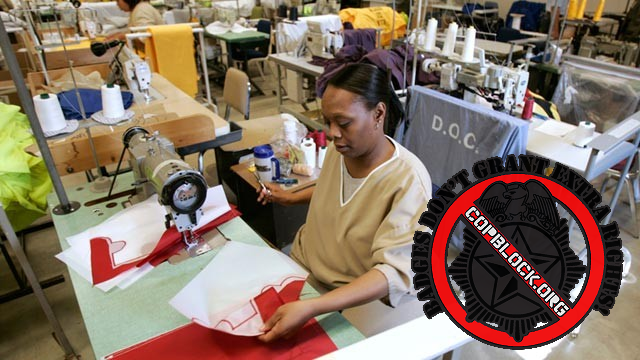 What organizers are saying will be the grandest act of civil disobedience of prison inmates in US history will involve work shortages and hunger strikes by prisoners all across the country.

‘A Call to Action Against Slavery’ is the name being used by the Incarcerated Workers Organizing Committee for an upcoming nationwide protest against the forced labor being used by for-profit prisons. Prison laborers in at least twenty states will band together in protest against these immoral and unethical practices by refusing to work and through other acts of peaceful civil disobedience available to them, like hunger strikes.

The date of the strike will mark the 45th anniversary of the Attica Prison Riots, the most infamous and violent coup in American prison history. It lasted five day, involved over 1,300 prisoners and saw dozens of inmates and guards dead by its conclusion.

The event is the culmination of years of work by people inside and outside of prison walls, and involves numerous organizations and individuals, as well as being endorsed by the National Lawyers Guild.

It has already been met with resistance by government officials and the organizers expect mainstream media will ignore or suppress coverage of the event.

Over the last few decades more and more industry has been placed inside America’s for-profit prisons. From merely pressing vehicle license plates for the state, prisoners have been increasingly forced into labor producing products to be sold in the marketplace outside prison walls. Paid little to nothing, their labor is often not a question of choice. This is textbook slavery.

Since our prisons are predominately filled with victimless criminals, mostly themselves victims of the War on Drugs, men and women are being sold into slavery by the state for little more than possessing or trading in substances that Big Brother doesn’t allow.

I know that for some people drugs can be a dangerous path that ruins their lives, but I know of no drug that imprisons you then consigns you to enslavement against your will. Every year more people are imprisoned for narcotics than die of them, making the drug war more dangerous to individuals than the drugs themselves.

Read more about the protest here.